During the Kuban battle in 1943, small numbers of Spitfire Mark V fighters were employed on the frontlines of the battle. They didn’t have a significant impact but it sure surprised the German pilots who came up against them – such was the reputation of the mighty Spitfire.

Spitfire of the East

The Spitfire is one of those legendary aircraft of World War II. It was a very good fighter with a reputation that transcended its actual performance by becoming a symbol of British resistance during the Battle of Britain and during the dark days of the Blitz.

The Russians had a more challenged relationship with the fighter. The Spitfires that made it to the Battle of Kuban arrived as used airframes having already seen service with the RAF prior to being sent east. They also found that the Merlin engine was overly sensitive to the dusty airfields of the Eastern front. Compounding these problems were a shortage of spare parts. Serviceability suffered.

Operationally, Spitfires served with only a few units though they did see front line combat. Spitfires on the Eastern front suffered from the occasional case of mistaken identity as other Russian types would sometimes mistake the Spitfire for a Bf109 from certain angles. 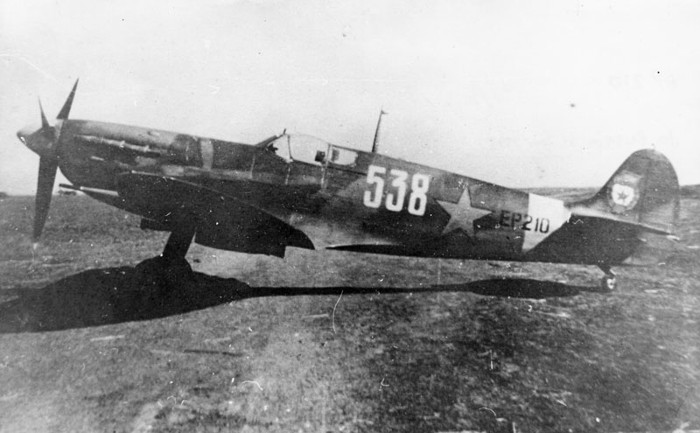 The Spitfire Vb in IL-2: Battle of Kuban

The Spitfire is not one ubiquitous aircraft but one with a large variety and diversity of types and sub types. Many marks of the iconic warbird were equipped with a variety of engines and wing types with different armament arrangements. Some even had clipped wings for improved roll rate.

The Spitfire V that were getting will likely be representative of what a late 1942 or 1943 Spitfire V was like. The Spitfires supplied to the Russians for the Kuban battle were mostly fitted with the Merlin 46 engine which was optimised for higher altitude operations and rated for a maximum power output of 1,450 horsepower. A few of the Russian Spitfires also had the Merlin 45 engine which had essentially the same specifications but reconfigured for low altitude performance.

It’s not clear which engine we’re getting at this point but my guess is the Merlin 46 version is most likely. There is a chance that we’ll see another engine modification with the Merlin 45 fitted as well.

These Spitfires had the B-type wing. This type of wing had four .303 cal Browning machine guns (two in each wing) and two Hispano 20mm cannons fitted with a 60 round drum magazine.

Other versions of the Spitfire had a C-type wing which was conventionally fitted with the same armament. It differed by having the provision for four cannons instead of two and allowed for a 120-round belt feet for the Hispano cannons. Some early Spitfire V models with the C-type wing were fitted with the four-cannon armament but these were disliked as the extra weight affected performance adversely. So far as I know, none of the Russian Spitfires serving in the battle had C-type wings.

How effective will it really be?

By 1943 the Spitfire Mark V was being replaced by the Mark IX fitted with a more powerful engine and a two-stage supercharger giving it even more power. While the Mark IX was equal or better than the FW190A series, the Spitfire V is somewhat less capable.

Comparing performance versus the closest Russian type we see a mixed bag of features. The Spitfire Vb Merlin 46 is slower than the Yak-1B Series 127 at lower altitudes, however, around 4000 meters the Spitfire keeps getting faster while the Yak runs out of breath. This should make the Spitfire more effective at countering high altitude Bf109s than the Yak-1B is.

The turn rate of the Spitfire Vb is somewhere around 18.5 seconds for a maximum performance turn which should edge out the Yak and Bf109. Climb rate is another strength of the Spitfire with the Spitfire out performing the Yak in climb rate at all altitudes.

These are my guesses based on what I know and using some hints from IL-2 Compare for IL-2 1946. That may not be entirely sound so take this all with a grain of salt.

We should see a Spitfire that is competitive but not dominant in the 1943 Battle of Kuban arena. Its performance attributes will favour its altitude performance, its firepower at convergence distances, and its overall handling capabilities. Flying the Spitfire Vb Merlin 46 in IL-2 1946 was always a demanding task where flying to your strengths was required and keeping your energy state versus your enemy meant having the speed when you needed it and the ability to get close and eliminate your opponents with a short but fast turn.

I can’t wait to take to the skies again in the Spitfire.