Eagle Dynamics appears to be preparing for final release of DCS: Normandy and the World War II assets pack. A special 20% off offer for both map and assets together is still available. 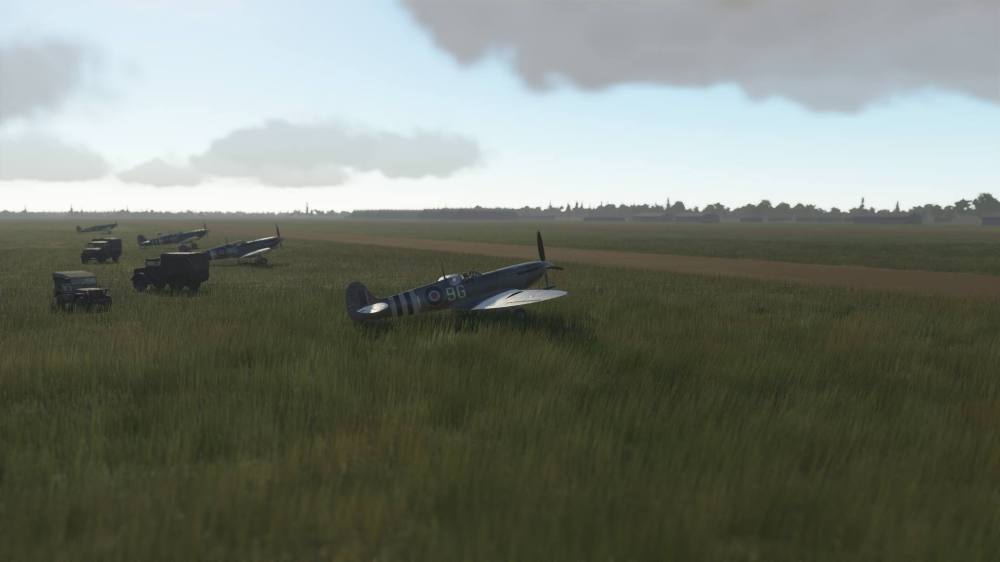 The Normandy map release itself is fairly straightforward with the map and all of the assets for the map currently in beta now and with release impending. The map is 267 x 348 kilometers and features airbases both in Normandy and along the English coast for those cross channel operations.

What you’re lacking with just the map release is a separate World War II assets pack which includes a pretty wide variety of things:

The pack is expected to grow with additional AI controlled aircraft and assets being added later. DCS: Combined Arms compatibility is apparently also planned so some control over ground forces is also a future possibility.

Of course, Normandy is the setting and the assets pack will add a good variety of necessary vehicles, flak batteries and the like but you’ll still need some aircraft to fly and right now the Spitfire LF.IX is the most historical option. The FW190D-9 and Bf109K-4 are also available although a-historical for the scenario. The P-47 and many others are planned from third party groups.

At this point it strikes me as both the map and assets as being necessary. Normandy isn’t ideally suited to the modern aircraft and assets typical of DCS and any future campaigns for the Spitfire or other aircraft will surely require both Normandy and the assets pack to function.

The Normandy map plus assets pack deal is currently available for $47.99 USD on the Eagle Dynamics E-Store.