It’s the summer and that means that we’ve got sales on in the world of flight simulation including 1CGS’ IL-2: Great Battles Series which has a whole bunch of sales on for the series. Plus, we’ve got our first in-engine update on the Po-2 which appears to be coming along nicely!

But first, the sales!

The summer solstice sale is on starting today and going until July 5th. If you wanted to add something to the IL-2 hangar, now would be the best time to do it!

According to an e-mail from 1CGS, a good portion of the series is currently on sale:

Of course, many will ask what is not on sale and that would be IL-2: Battle of Kuban, the La-5FN Series 2 and the Bf109G-6. All three of these are new and I can’t see them putting these on sale just yet.

First in-engine shots of the Po-2! 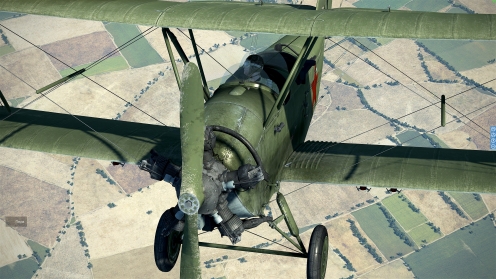 Yugra Media has been revealed as the third party developer behind the Po-2 biplane. The Po-2 served a great many roles functioning as a liaison aircraft, trainer, light attack, reconnaissance, as well as flying night attack and psychological warfare missions.

These in-engine shots appear to be from a testing environment (notice the lack of pilot in the La-5 Series 8 “flying alongside” and the unmoving propeller). Still, it speaks to the progress that Yugra Media has made with the fine detailing on the aircraft and on the texture work.

Progress appears to be good which will hopefully mean that we’ll see the Po-2 emerge as a Collector Plane sometime sooner than later.