During 1942, German forces pushed their way into the Black Sea region quickly enveloping Russian forces in the Crimea and pushing on past the Kerch straights and into the Kuban river region. By 1943 the area became the site of a fierce land-air-sea battle with hundreds of aircraft clashing in daily battles over tall mountains, flat low-lands and over sea. A mix of the latest German equipment and new Russian and American lend-lease aircraft dominated the air over the Kuban with the Yak and American-made P-39 fighting off Germany’s Bf109 and FW190.

A transitional model  of Bf109 between the earlier G-2 and later G-6. Light 7.92mm machine guns and a MG151/20 cannon are the types primary firepower. Larger landing gear to accommodate the types growing weight, a new radio and a fixed tailwheel are some of the key features of the G-4.  In IL-2: Battle of Kuban the Bf109G-4 has an unlocked DB605 engine with 1.42ATA of boost available which, at maximum power, gives it a slight edge over the earlier G-2 model. 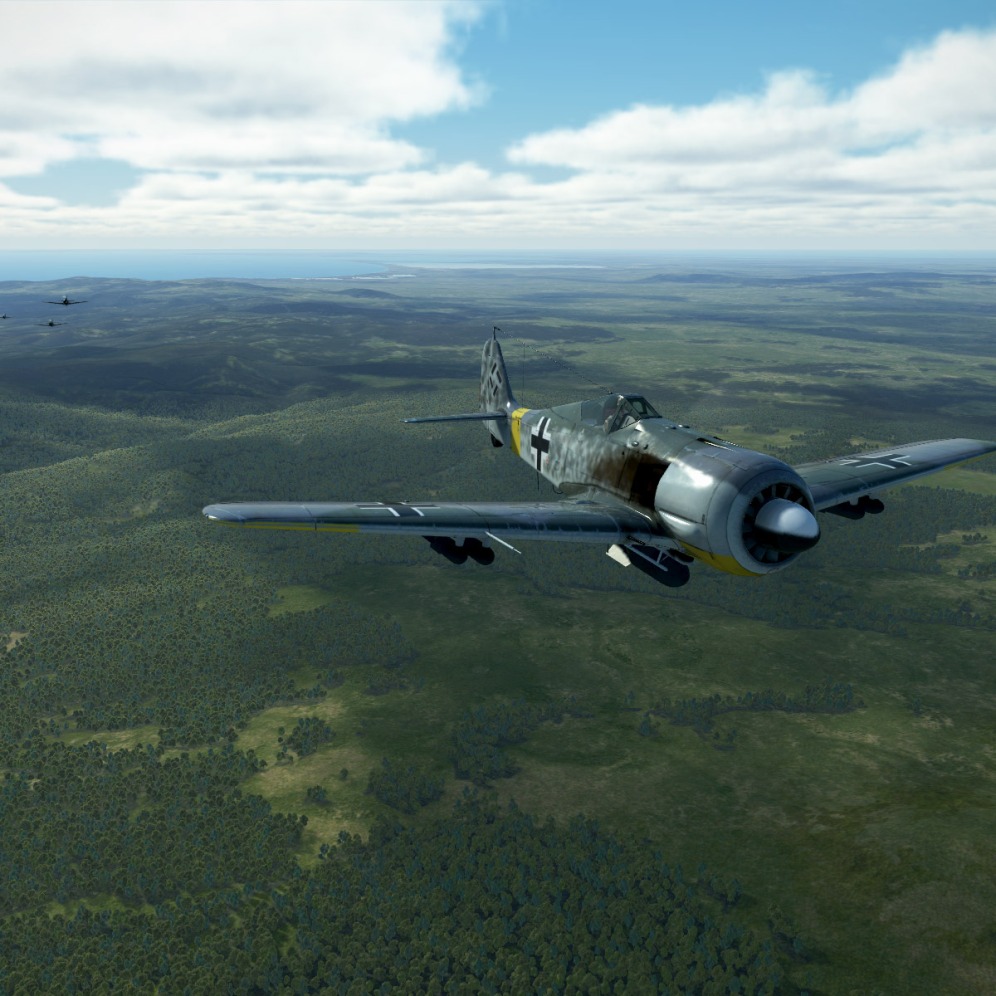 Bearing in on the target. Its important to vary your course during the approach phase.

The FW190A-5 was one of the definitive mid-war versions of the famous FW190 series. Seeing a great deal of use both as a fighter and as a fast moving fighter bomber the FW190A-5 could carry a mix of 20mm cannons including a configuration where it carried four additional cannons under the wings for a total of 6 MG151/20’s.

Outstanding roll rate and high top speed and agility are all standout features for the FW190 along with mostly automated flight systems. The FW190 doesn’t turn particularly well but in every other respect its a standout fighter.

Created as a stop-gap measure when the Me210 project failed, the Bf110G-2 was one of the best variations of the Bf110. Added armor protection and improved firepower added weight but this was largely offset by DB605 engines replacing the lower powered DB601.

The Bf110G-2 comes with a wide variety of armament options from large SC500 and SC1000 bomb load-outs to a MG151/20 gunpod slung under the fuselage all the way up to a BK3,7 37mm artillery cannon capable of anti-tank or anti-bomber operation. Fast, versatile, well armed, and highly capable, the Bf110G-2’s only real weakness is that it is still a big aircraft and not one well suited to dogfighting.

The He111H-16 offers improved defensive firepower and a trade-off of reduced range for greater bomb carrying capacity. This is a more survivable bomber thanks to the enhanced MG131 and MG81Z defensive turrets offering a dramatically improved rate of fire.

The He111H-16’s impressive bomb-load is somewhat let down by the aircraft’s otherwise average performance figures for speed and climb rate. Thus this aircraft is still very vulnerable to fighter interception and needs an escort. 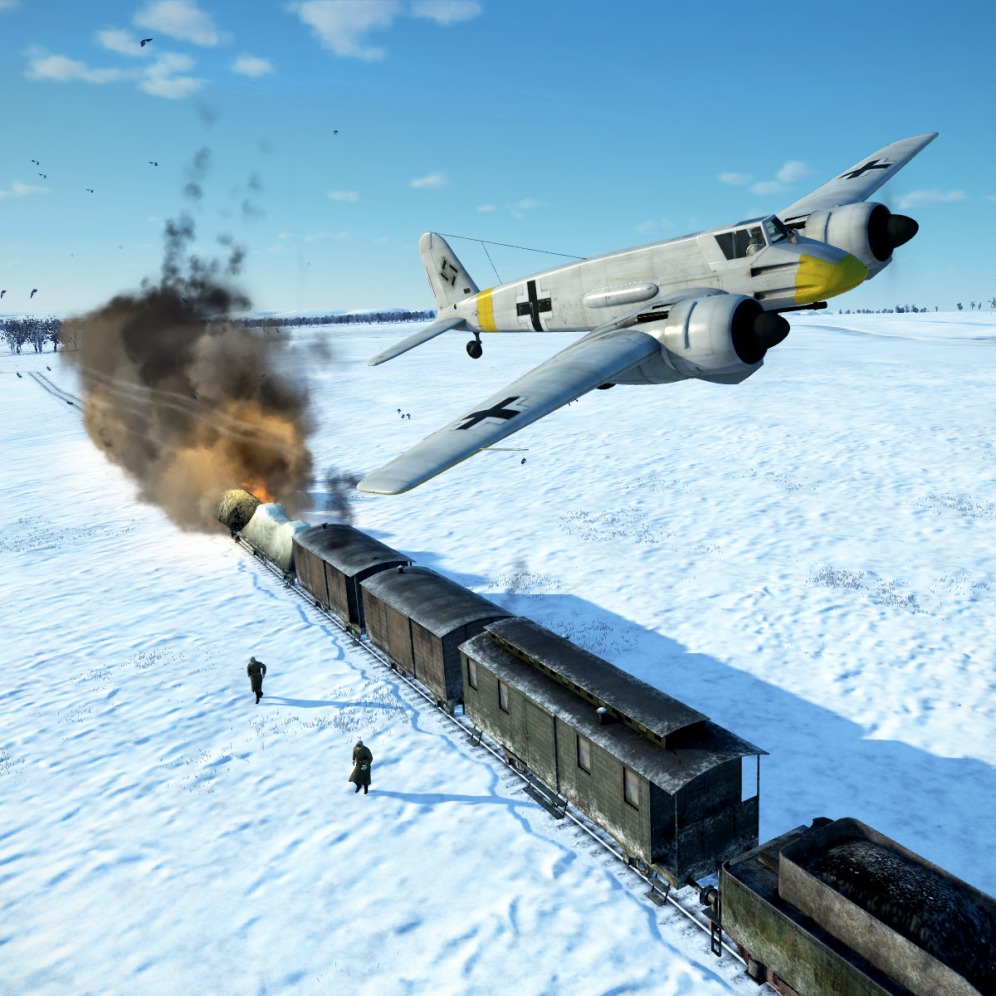 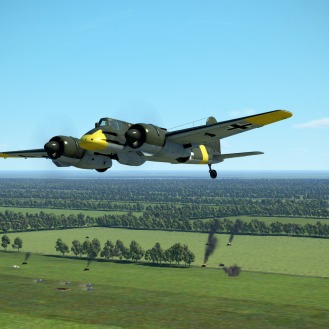 This tank buster is something of an analog to the IL-2 Sturmovik. Designed to fly low and take hits, the pilot sits in an armored cockpit protected from small arms fire while twin engines provide at least some measure of redundancy.

The Hs129B-2 was heavy and underpowered and was only used in small numbers on the Eastern and North African fronts. The type did have some measure of success using MK101 and MK103 anti-tank cannons. 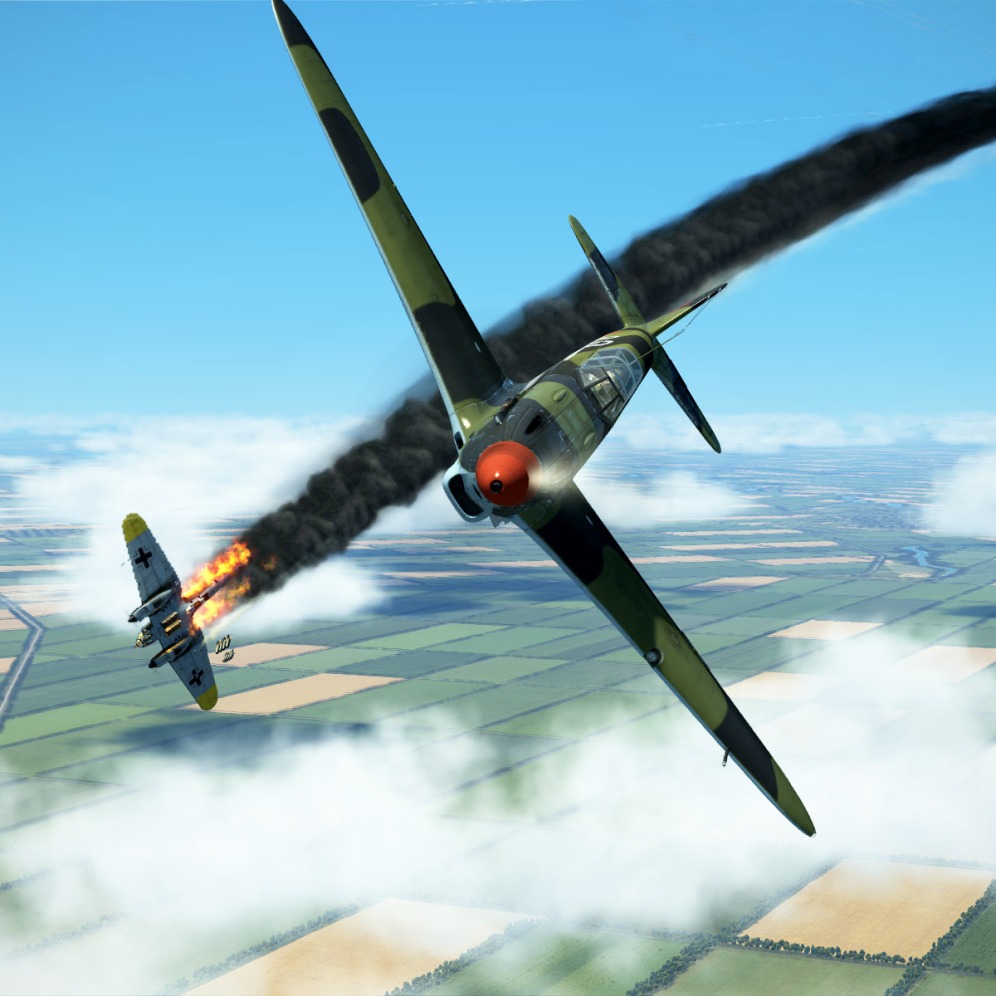 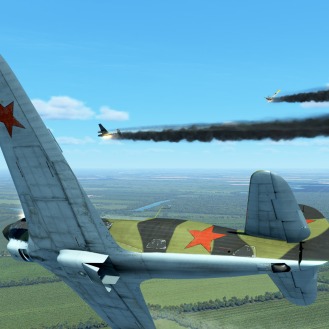 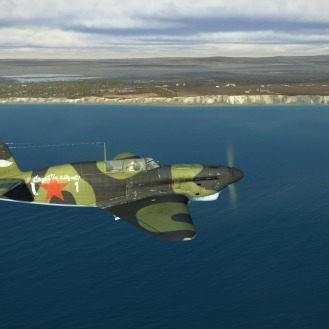 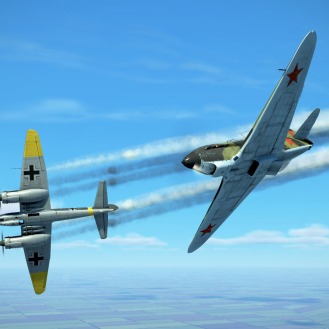 Representing some of the last of the high-baked (or Razorback) Yak-7 fighters, the Yak-7B may look a little less sleek than the other fighters but its a potent and capable fighter in its own right. Performing near or at the same level as the well regarded Yak-1B Series 127, the Yak-7B is tougher, more forgiving, and it hits harder too thanks to an extra Berezin UB 12.7mm machine gun in the nose (totaling two heavy machine guns instead of one).

With great handling attributes, relatively high agility and turn rate, a simple but usable cockpit, and a good amount of firepower, there are a few negative traits for this fighter. It’s performance drops off steadily above 5000 meters and while it is fast, it won’t win most speed competitions outright. Ammo supply is also limited and the rear view is average at best. Despite a few downsides, the Yak-7B is an excellent fighter and a workhorse of the Soviet fighter line-up. It’s not perfect but those who underestimate the potential of this fighter do-so at their own peril. 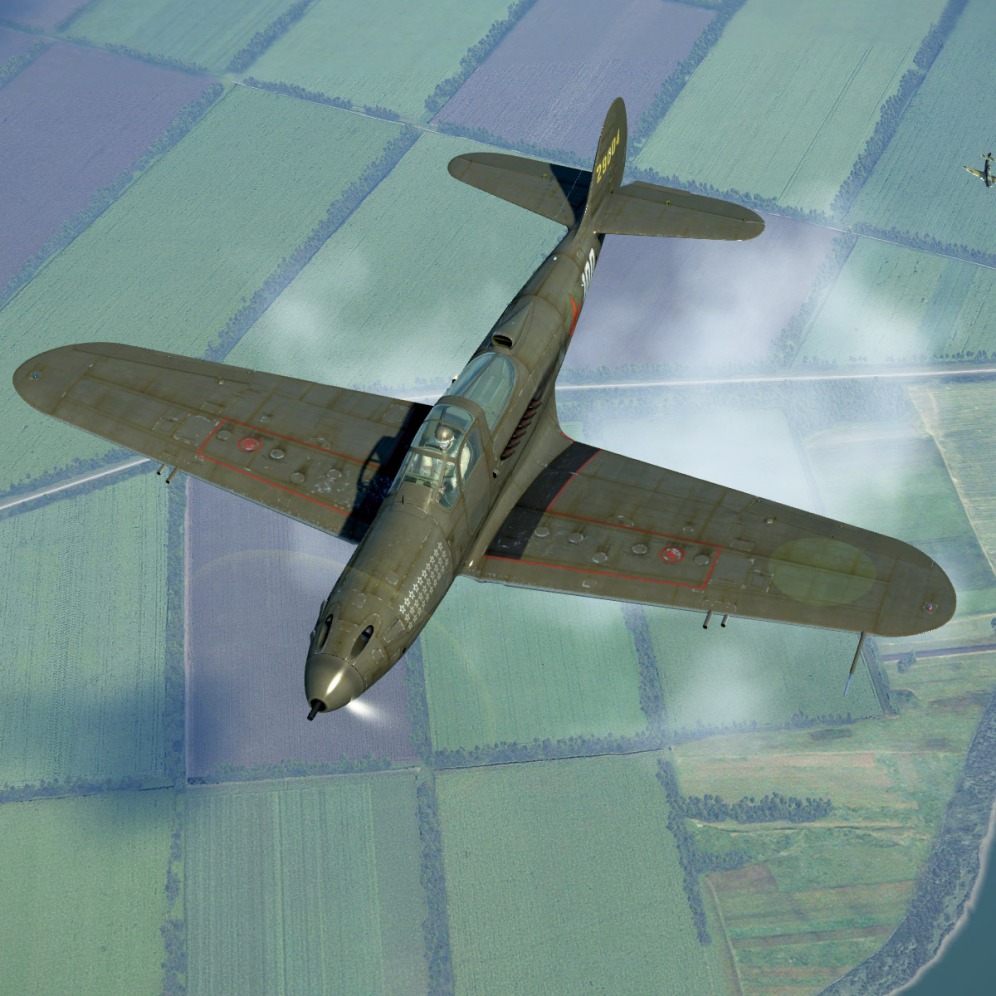 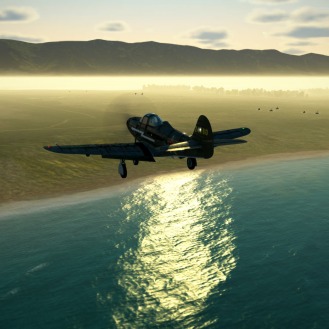 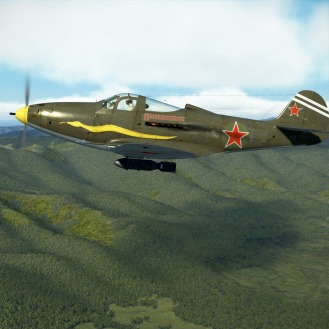 The P-39 ‘Airacobra’ was a popular mount with Russian pilots serving in the Kuban area with several going on to become famous aces flying this fighter first. Unpopular with the American services, the P-39 was valued on the Eastern Front for decent low and medium altitude performance, its quality of construction, and high quality radio units. These features were valued just as much as its firepower and relative agility versus German fighters.

Though often mistakenly reported to be used as a tank buster, the P-39 in Russian service was nearly always operating as a fighter and typically used escorting other aircraft like IL-2s which were used in the tank busting role.

The tricycle undercarriage and 37mm nose cannon are part of the unconventional arrangement of the fighter. Well suited to diving attacks and easily able to sustain tight turns versus Fw190s and Bf109s, the P-39 is not the fastest fighter nor is it quick to climb. A well positioned ace can make excellent use of the P-39 but it may be a bit of a specialist’s fighter. 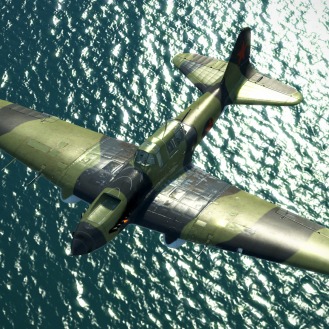 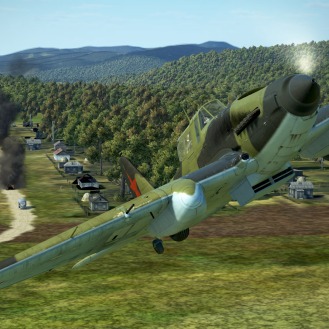 Third and final strafing run got most of the convoy. 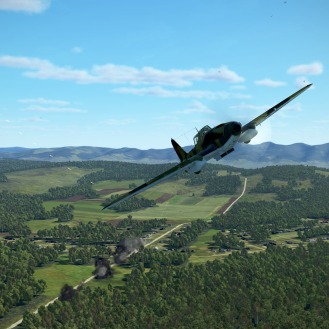 First strikes result in major damage to the convoy

The 1943 variant of one of the most produced aircraft of all time came with some notable improvements. This version of the IL-2 has a standard gunner station with a single UBT 12.7mm machine gun for defensive purposes as well as a more powerful engine. It is otherwise the same versatile and effective ground support aircraft and one that was ubiquitous across the entire eastern front.

The IL-2 hits hard with its optional 23mm VYa cannons as well as with NS-37 anti-armor guns. Bombs and rockets are also available for attacks on armored and soft targets alike. The IL-2 is tough, versatile, and well suited to flying at low altitudes against all kinds of enemy targets. 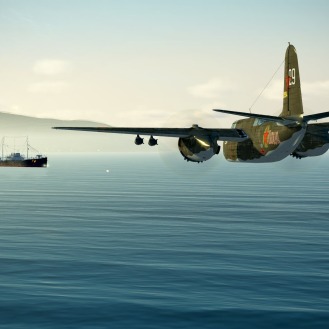 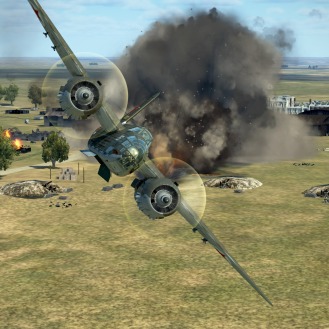 An effective and powerful light-attack bomber, the A-20B is an earlier version of a long line of successful twin engined attack aircraft including the later A-20C and A-20G. The B version in Soviet use was used for level bombing as well as mast-top attacks against enemy ships.

The A-20B has a range of armament options including a pair of chin mounted .50cal M2 machine guns, an internal bomb-bay with the ability to carry a dozen 100kg bombs and wing racks able to accommodate 250kg bombs. The armament combined with good speed and agility make the A-20B a powerful and flexible attacker and bomber.

It’s dorsal .50cal turret is limited by a small ammo capacity and range of motion while the ventral .30cal machine gun is a decent enough stinger to ward off fighters approaching from underneath. 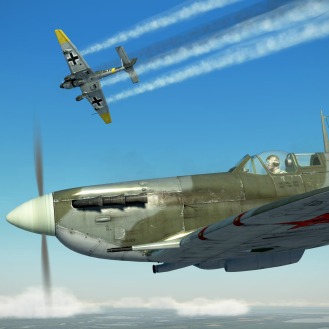 One hundred and forty three Spitfire Mark Vb’s were transferred from Britain to the USSR for fighting in World War II. This small contingent of fighters fought during from April to June 1943 in the Kuban region (some continued on into the autumn months) covered ground troops during critical fighting in this region.

The appearance of the iconic Spitfire caused quite a stir among German fighter pilots but ultimately had only a small impact on a much larger battle.

The iconic Spitfire’s performance is the stuff of legend. Highly agile in turns, relatively easy to fly and armed with a pair of 20mm Hispano Mark II cannons, the Spitfire is a dangerous foe in a close in fight. However, the Mark Vb’s performance in 1943 leaves it somewhat lacking against more advanced competitors.