Arriving in Patch 2.006, the Bf109G-4 is the first early access aircraft to arrive for IL-2: Battle of Kuban. One of the Luftwaffe’s chief fighters in the Kuban expansion, the Bf109G-4 is familiar territory for long time IL-2 pilots.

The G-4 stalls at a slightly higher speed than the G-2 and its enough to make a difference in a very low speed attack. In takeoff/landing configuration the difference is small enough to not really matter significantly.

Though it doesn’t loose much, the Bf109G-4 is a slower climber and has lower climb rates at all altitudes although at very high altitudes the differences are smaller than at sea level.

The Bf109G-4 is slower than the Bf109G-2 in combat mode, but only slightly. Its draggier tailwheel and bulges on the wings are certainly have a deleterious effect on performance. Does 8kph at 7000 meters make a huge difference? No, but it is a loss in a situation where every ounce of speed is needed. The only change here is where the enhanced engine power, at 1.42ATA, kicks in and then the G-4 pulls out ahead with a 15 km/h lead (and 10 km/h faster than the Yak-1B). Useful in fighting the fastest Russian fighters at low altitudes.

Greater available engine power seems to make the difference for the G-4 with all around better maximum performance turn with a 1 second difference over the G-2 at sea level and at 3000 meters.

Comparing the G-4 against its immediate predecessor reveals some interesting figures. Though the G-4 has more available engine power, it also carries around some performance sapping attributes that contribute to a slightly reduced rate of climb and a slight loss of top speed at all but Emergency power settings. What it looses in these areas it makes up for in a full 1 second improvement in maximum performance turn.

Overall performance loss is slight versus the G-2 but it is a loss. If you need a slightly better turn and/or you want to run down Russian fighters at sea level more easily, then the G-4 is the better option.

Performance figures based on available data presented in-game and on the IL-2 forum.

The Bf109G-4 followed on shortly after the G-2 model and introduced a number of small but important changes that would carry through much of the rest of the Bf109 series through to the end of the war.

To deal with increasing weight and the roughly prepared airstrips common on the Eastern front, the new G-4 would have enlarged landing gear. This necessitated a small tear-drop shaped bump on each of the wings. 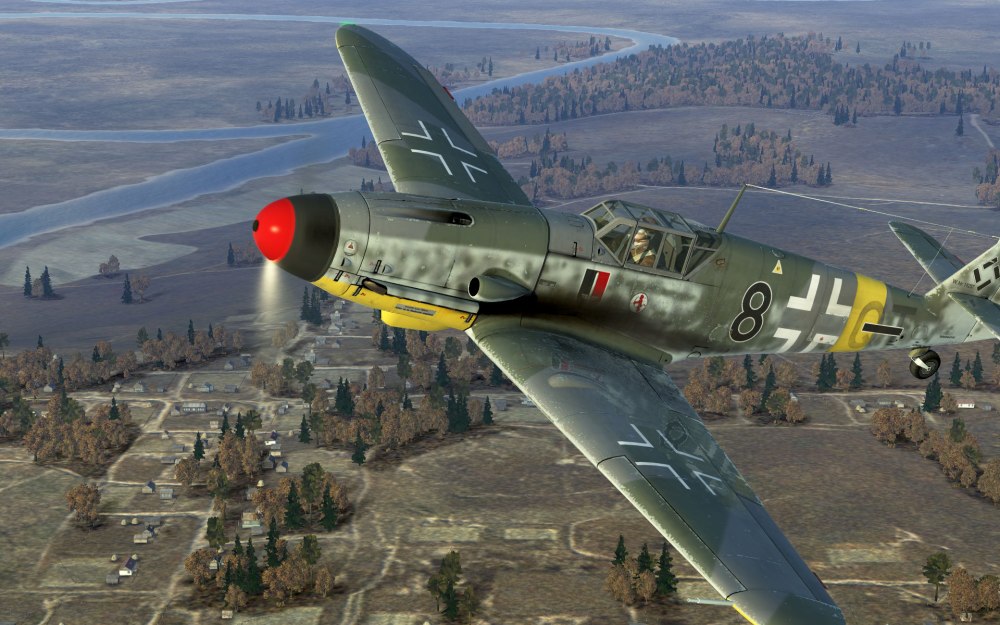 The tailwheel was also enlarged and a rush to get to production meant that the wheel stayed fixed rather than retracted. It cost the Bf109G-4 some streamlining and was the beginning of many compromises that were made to the series as it progressed. Fortunately, the bump in performance on the up-rated DB605 nearly evens this out.

The G-4 also came with a much better radio, something pilots in the field surely appreciated, but PC flight sim pilots will find has no effect on their TeamSpeak server communications. 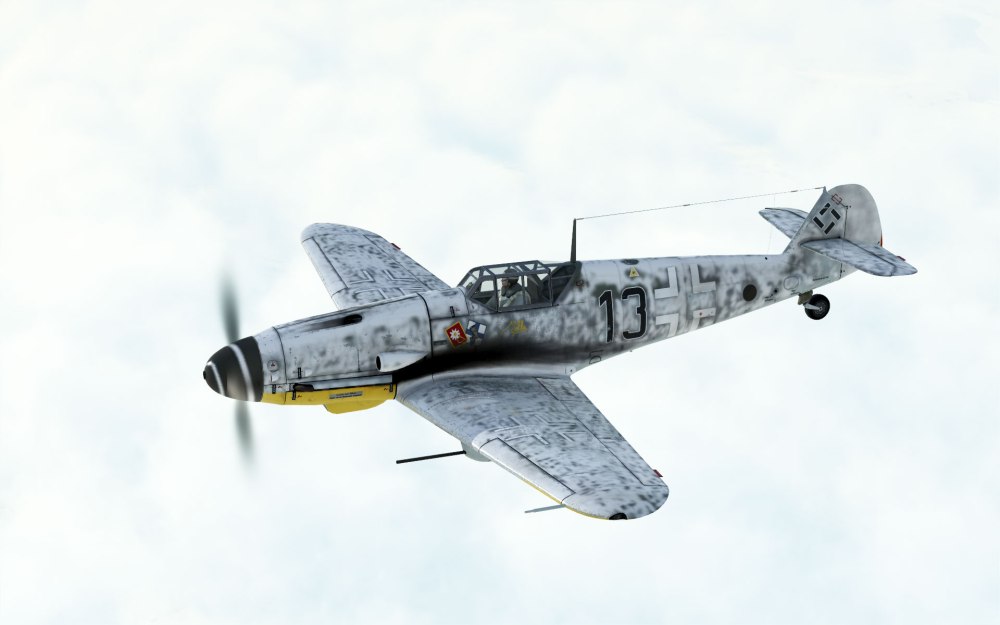 Not much changes with the G-4 when we talk about the available firepower. A standard array of MG17 machine guns and a MG151/20 20mm cannon round out the standard Bf109 loadout familiar in the F-2, F-4, and G-2 variants. Available MG151/20 gunpods previously seen on the F-4 and G-2 make the fighter less agile and slower but much heavier hitting. The gunpods may be necessary when going up against the IL-2, Pe-2 and A-20B that will make up much of the ground attack and bomber capability of the Russian side in IL-2: Battle of Kuban.

Again, not much has changed here.

In the air the 109G-4 feels like a powerful and capable performer. It feels essentially similar to the G-2 being mostly well behaved but in some cases the larger, heavier, and more powerful DB605 feels like it wants to rip the aircraft out of flight and send it on its own way.

The 109G-4 is otherwise a pleasant and capable fighter. Capable is an understatement – the Bf109 remains one of the best and most effective fighters in the series with the kinds of available firepower and performance that makes it a worldbeater. At altitude, little can touch it and at medium and low altitudes its pound for pound a match for the best Russian fighters.

Its just agile enough to be a capable dogfighter but against some of the more agile types that it is up against you would be advised to avoid prolonged turn battles and stick to the vertical where the Bf109G-4 (and earlier models) own much of the fight.

Too much the same?

Stepping aside from combat tactics and history for a moment – is the Bf109G-4 too much of the same thing? Its a complex issue. The G-4 is extremely similar to the G-2, moreso than the F-4 was to the F-2 when that fighter arrived. It has its own performance attributes but its undeniably a Bf109 and an extremely familiar fighter to anyone who owns the previous series.

The familiar retort is that the developers should have just added the G-6 instead. There are a few different sides to the argument. On one hand, the G-6 only arrived late in the Kuban battle taking part in only the last stages of the battle in autumn of 1943. On the other hand, the G-2 suits the time period between fairly well except that it belongs in another product and not everyone is coming with IL-2: Battle of Stalingrad as part of the mix.

So the G-4 is the right aircraft for the history, its just a familiar one with very few differences with the earlier G-2 and even fewer that matter to sim pilots. This is a “problem” with the 109 series as the series progresses through the Eastern Front timeline – there were few dramatic changes to the Bf109 series with the biggest being the jump from the Bf109E to F and with a slightly smaller jump between the mid war Bf109G-6 series and the late G-10 and K-4 series. The successful fighter type saw many changes through its production and experiencing the war one step at a time just like the real pilots takes you through a slow progression of fairly similar aircraft.

What the G-4 does represent, when looked at on a whole, is a familiar and top performing aircraft that is going to be very much bearing the brunt of the online and single player air combat and its powerful capabilities will be welcome over the sea, mountains and open plains of the Kuban river region.