I’ve been thinking about it for a long time and I decided after a little look at the finances that I would treat myself to the AJS-37 Viggen in the dying days of the DCS sale (now over). These are my extremely early first impressions

I’m still learning DCS two years after I picked up the free-to-play offering and promptly bought Flaming Cliffs 3 during an incredible sale. Since then I’ve added both the Mirage 2000C by RAZBAM and now the AJS-37 Viggen by Heatblur.

At this point I’ve learned enough about both planes to start up, get the systems going, and takeoff and land. That’s pretty good! My combat experience with both at this point is virtually nil. Still a lot of complexities to work through and not enough time to fully absorb the training modules offered.

I’m getting there and I’ll be firing missiles and programming computers before too long no doubt!

I’ve always had a bit of a soft spot for the Viggen and its replacement, the Gripen. Both are impressive aircraft in different ways. The Viggen has a number of notable unique features that distinguishes it from other aircraft of its era including the landing gear, thrust reverser, short field takeoff and landing capabilities and powerful low altitude performance. 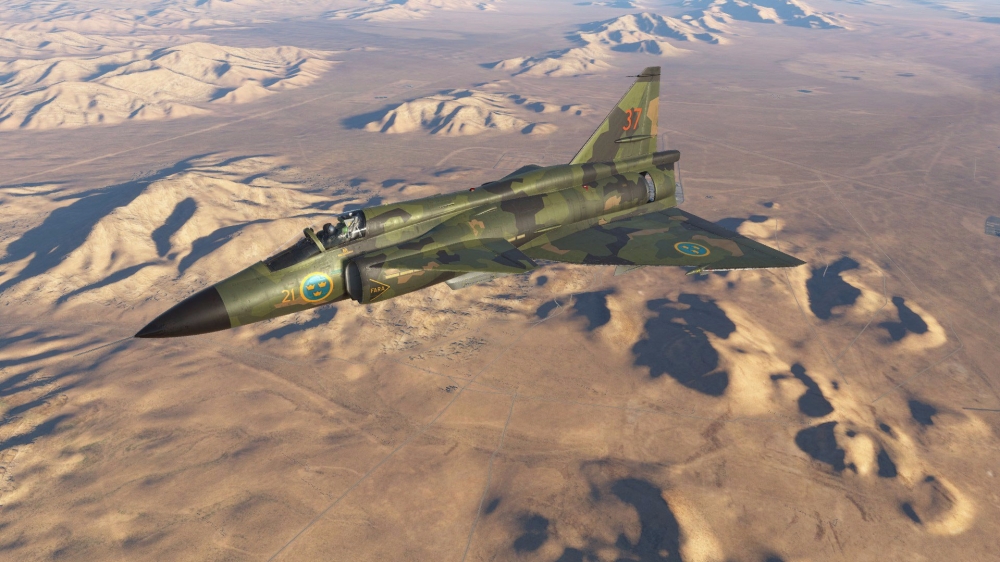 The AJS-37 is the strike/recon version of the aircraft with a low level radar for searching out ship targets and launching fire-and-forget anti-ship missiles. Uniquely Swedish, the cockpit takes some getting used to but its fairly understandable. It seems fairly “easy” and occasionally intuitive compared to the endless checklists that I’ve seen for aircraft like the A-10C. There’s also something to be said for old fashioned knobs and buttons even if this aircraft is equipped with a flight computer.

For now I’ve gone on a sightseeing tour of the Nevada map in DCS World 2 and taken a ton of screenshots. The Viggen looking a little out of place in Nevada you say? I know what you mean. Still, I had to.

The recent improvements to lighting and shadows in DCS World 2 make the old engine in DCS World 1.5 look painfully out of date in comparison. DCS World 2.5 and the new Caucasus map can’t come soon enough in my mind! For now… Enjoy! 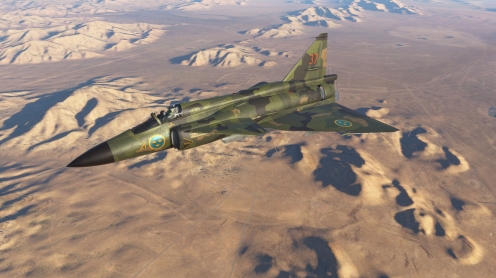 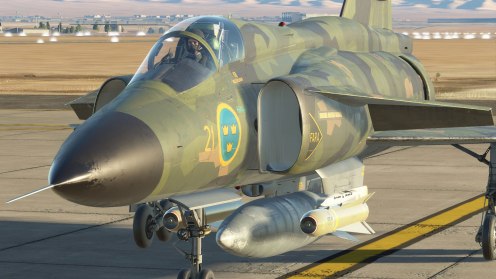 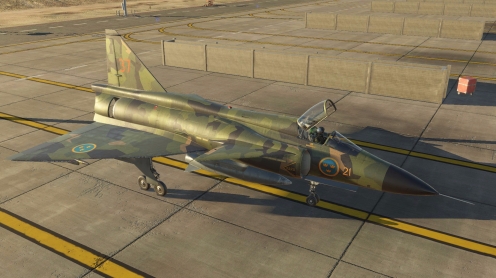 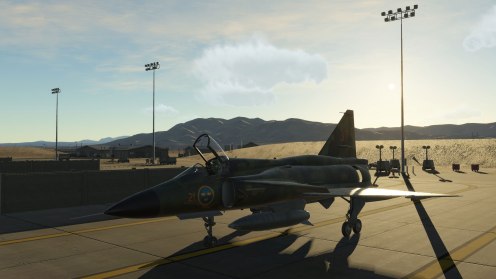