Another one of my all time favourite fighters is the FW190D-9 or the ‘Dora-9’ and I’m pretty excited to fly it again in IL-2: Battle of Bodenplatte. 1CGS has just released new screenshots showing the D-9 off and the work on this aircraft is outstanding. We’ve also heard a few small updates from the team on how things are shaping up. Let’s talk about that and look at those gorgeous D-9 screenshots too. 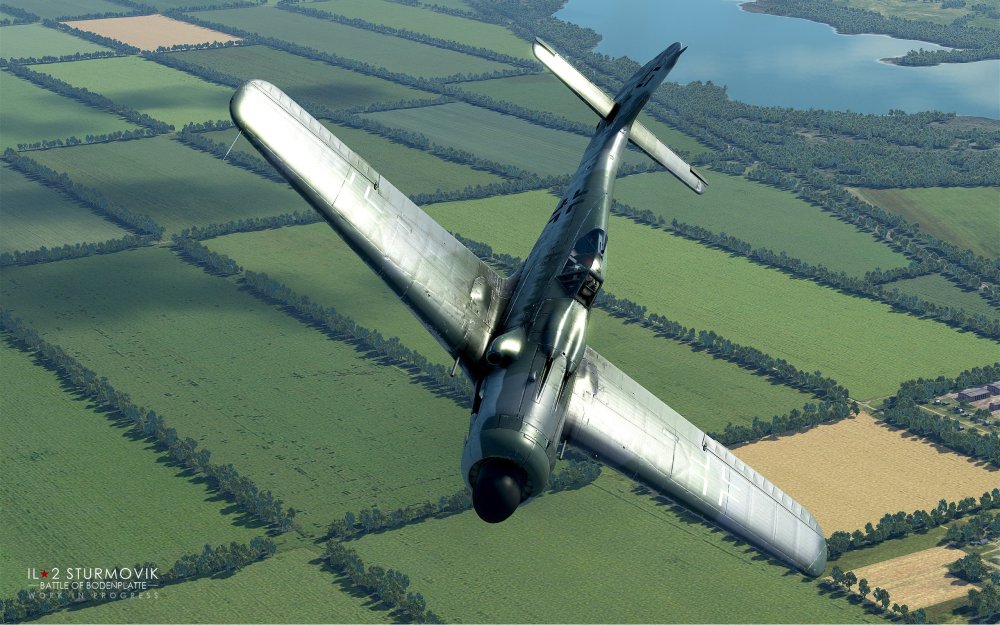 The bump mapping, or the texture effect that video cards use to give added depth to flat objects, is one of the things that stands out on the FW190D-9 and its evident that this aircraft has been given a lot of love. None of the IL-2 aircraft look bad by any stretch of the imagination but I must say that this one looks great!

The ‘long nose FW190’ was the result of a few years of development on the B, C and D variations of the FW190 in an effort to keep up with Allied fighter development and work towards developing higher altitude interceptors. That high altitude interceptor requirement would ultimately be met by the Ta-152H but it was the FW190D-9 that served in significant numbers during the later part of 1944 and especially in 1945. 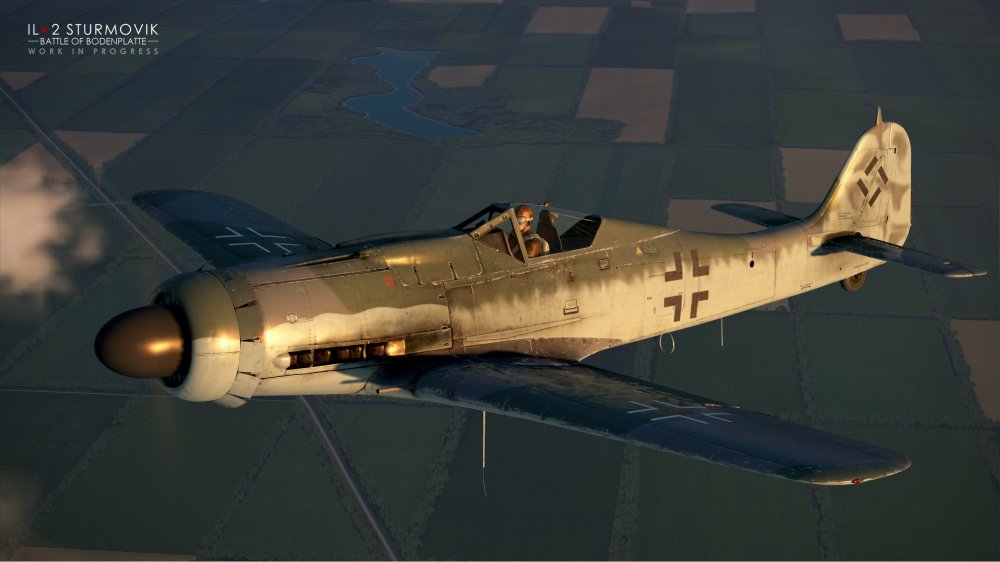 Unlike the Anton series, the FW190D-9 had a Junkers Jumo 213A 12-cycliner inline engine good for 1,726 hp and sometimes higher with MW50 boost. The aircraft gained considerably from the excess power achieving around 426 mph at 21,000 feet.

The FW190D-9 also benefited from some weight reduction over the FW190A-8 meaning that the D-9 was both faster and lighter allowing for some return of the crisp handling from the earlier versions.

Armed with slightly less than the FW190A-8, the D-9 packs twin MG151/20 cannons, one in each of the the wings, backed up by two MG131 heavy machine guns in the nose decking. It’s more than adequate firepower for an aircraft with its performance.

The D-9 was the large scale mass production FW190 model.

We currently have no modification details and its hard to speculate what is possible. The FW190D-9 did have the ETC 504 rack available, however, it appears this was mostly used for drop tanks and not for bomb carrying capability – although I’ve seen models showing an SC250 fitted to the bottom.

The FW190D-9 also had some series upgrades as time went along. Adding MW50 boost and making some engine upgrades boosting power to around 1,900hp were among the changes. 1CGS has been fairly keen at adding in capabilities where possible so we may see some different performance options for this already high performing fighter.

The FW190D-11, 12 and 13 all had various armament configurations including a MK108 cannon firing through the nose. I feel uncertain about if we’ll see these rare modifications but I suppose they are possible. 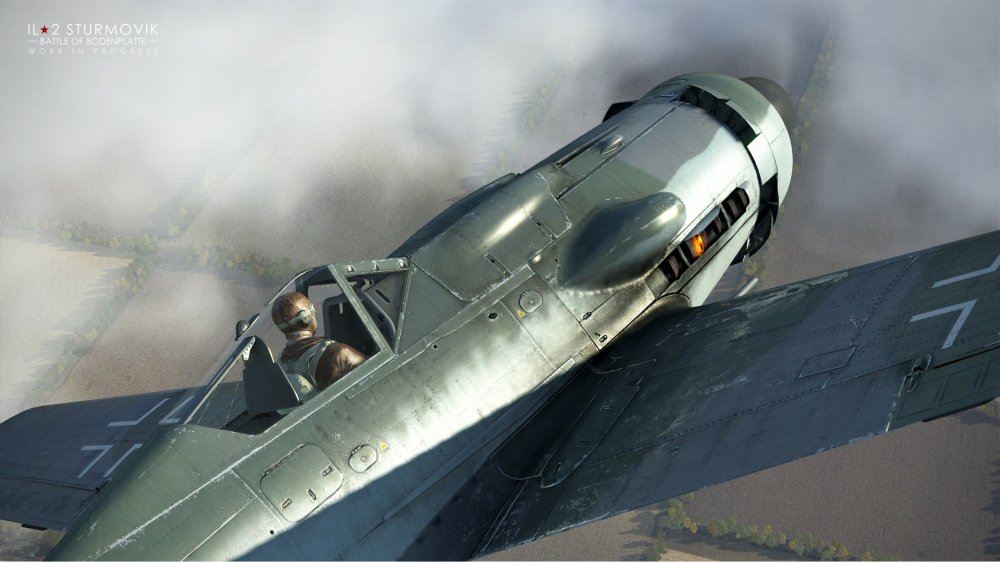 The FW190D-9 model we have appears also to have the slimmer canopy typical of the FW190A series and does not have the more blown out canopy of some later models. Should 1CGS choose to add this canopy option later, it would also apply to the A-8 series.

Other updates for IL-2: Great Battles 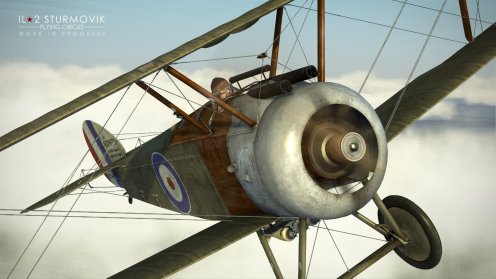 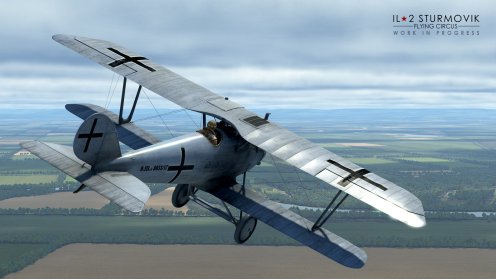 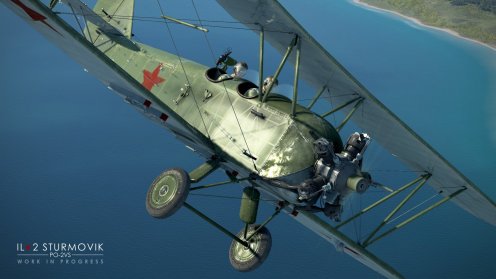 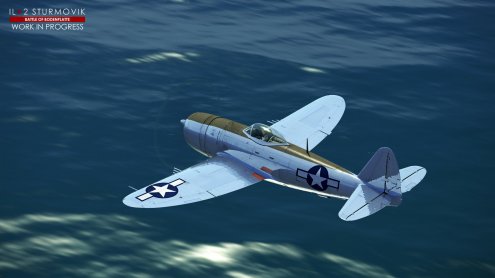 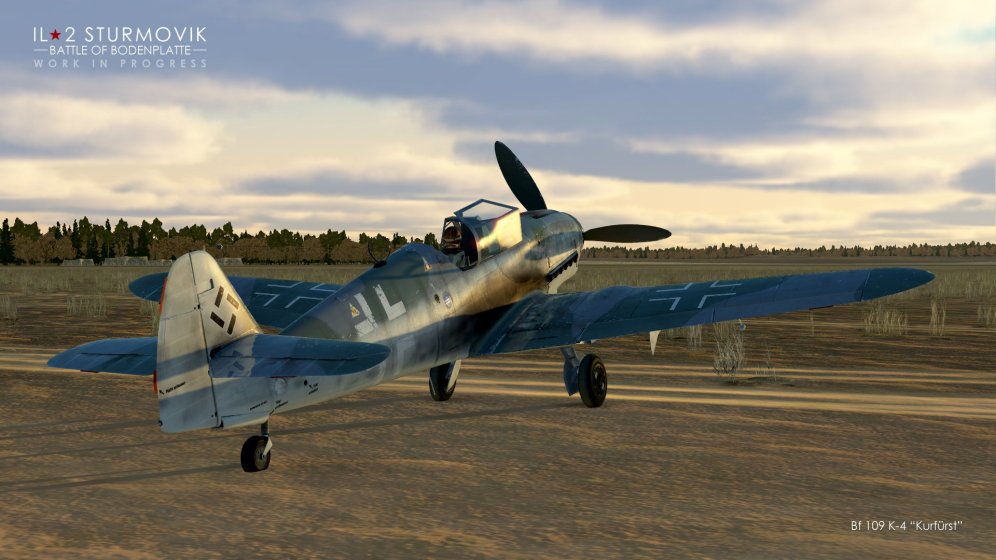 1CGS reports that they are currently finishing five aircraft. These are:

It is possible that we’ll see all five of these release into the series before the end of the year. The FW190D-9 seems also to be quite advanced at this point and with some development time may also become available before 2018 is over.

Map development continues and we saw those brilliant screenshots of the new Bodenplatte map underway from last week. The Prokhorovka map for Tank Crew is also being worked on and should be interesting to see with its enhanced resolution.

Han also dropped an update that the GUI (user interface) for the Marshall (formerly Air Marshall?) and the Tank Platoon commander are also underway. Tank Platoon for Tank Crew should be interesting and Air Marshall or just Marshall (?) is one that I’ve been very curious to know more about. We’ll have to wait and see!

It sounds like the map team is not yet working on the France/Arras sector map for Flying Circus so it may be 2019 before we start seeing details on that map. Understandable given the size of the team. Hopefully by the time that arrives we’ll also have a couple more aircraft from Flying Circus at which point we’ll have a good situation for people to start enjoying multiplayer with that series.

Check out this weeks’ developer update and stay tuned for more information!