It’s been a busy several weeks for DCS World third party developers and RAZBAM’s updates have flown under the radar while some others have been in the limelight. Work continues on RAZBAM’s DCS: MiG-19 and it may be released before the end of the year. There is also ongoing work on their more newly announced F-15E Strike Eagle module, the already released AV-8B and the M-2000C. Of course no update on this specific week would be complete without some of the controversy that went down on r/hoggit and I’ll add a little about that at the end of this post.

MiG-19P closes in on release

RAZBAM is working on their Soviet era MiG-19P (NATO reporting name “Farmer”) module for DCS World and they appear to be nearing the final stretch of development before early release.

This jet fits into an interesting gap between the MiG-15bis and the MiG-21bis modules that have already been released to DCS World by other developers. The MiG-19 is an interesting middle point offering an air-intercept radar, guided missiles but less of the rocketship looks and performance of the MiG-21.

The radar scope and the cockpit in particular seem to have made great strides in recent weeks and we now have images showing the scope and some of the symbology on their Facebook page.

Work is still ongoing with the flight model and flight testing with the model are underway:

According to the developers, the MiG-19 is due to arrive before the end of the year.

Initial efforts on the F-15E Strike Eagle seem to be coming along too. The module will feature a DCS World level rendition of the F-15E and these early shots show the cockpit coming together as well as the external model in-engine. 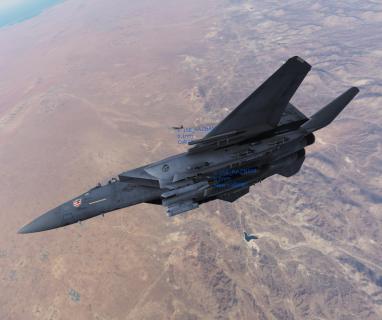 RAZBAM was invited by the Armée de l’Air to visit them and get some hands on with the M-2000C simulator as well as access to information. It’s an exciting development for an aircraft that has made a very positive impression on DCS World.

There are apparently changes to the TGP panel that are not accurately captured by the DCS representation right now that RAZBAM will implement thanks to this partnership. There may also be some other tweaks to the aircraft too.

RAZBAM suggests that the research they have done and the collaboration they were able to achieve will help push the M-2000C up to the next level of accuracy and that is pretty exciting.

Its a small update but back in July we got the ability to add waypoints and now the secondary HUD replication is now something that we’re about to see added to the module. 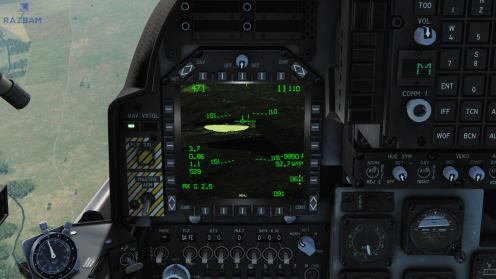 RAZBAM has also made a statement saying that they are aware of the velocity vector issue and they are working on a fix for it.

The AV-8B does have some remaining issues and intermittent bugs (some which I may have experienced myself – though I’m not sure) which owners are hoping to see squashed over time.

The controversy that took over r/hoggit this week

If you’ve been on r/hoggit this week or any of the places where the controversy spilled over to, you probably already know what happened. I debated even reporting about it but in the end I decided I should include it in this post as the debate is of importance to many of you out there.

It all started with a reasonable post to r/hoggit expressing concern on the unfinished and occasionally buggy states of the AV-8B and Mirage 2000C both released to DCS World by RAZBAM. You can read the full remarks below.

Remarks on the state of RAZBAM from hoggit

The initial post contains reasonable and well thought out concerns as do many of the replies. Indeed, it is an issue for RAZBAM and for many of the third party developers where aircraft are released in unfinished ‘early access’ states, some which persist for many years.

Eagle Dynamics themselves have done that with the F/A-18C Hornet which will probably be in early access for a year or more (likely more). The problem of course is that the AV-8B is still early access and forward progress, though happening, has slowed to a trickle and some issues and features that the aircraft does not yet have are grating on users flying it.

The early access system itself I (and I think many others) have no issue with as it lets us get our hands on aircraft early and contribute both to the testing as well as enjoyment as the features are rolled out. The problem is that it can sometimes look bad when the public statements by the developers, at least from the outside, appear to be focused on newer modules and development appears to slow for something already released though still considered unfinished.

Earlier in the week, this issue provided the fertile ground for heated discussions which then blew up. One user suggested that the IA58 (which I’ve talked about previously) cockpit was copied from another developer. RAZBAM developer, “Prowler,” responded by saying that they had outsourced the work (certainly not unheard of) but then also talked about taking legal action. You can see it all in the embedded links below.

This of course erupted into a bit of a community wide mess with various contributors multiple aspects of the debate weighing in.

Some thoughts on the situation

Certainly, the suggestion that legal action could be taken by one of their company members against a Reddit user is not the kind of look that a company should want to present. That suggestion (be it serious or not) immediately caused an uproar and has evolved into a bit of a PR crisis for the company with some users, already frustrated by issues that they see, claiming they will not be buying future modules.

To date, there have been no official responses to the situation (that I am aware of) although RAZBAM has continued to update their Facebook page with information on new and current modules roughly at the same pace as normal.

The biggest problem here is more of a public relations issue where new modules and new work is being shown off whereas minor fixes and feature updates get less attention but are ultimately more meaningful to already established users.

Of course the developers themselves need to balance their efforts between creating new modules (and new sources of funding) and maintaining and ensuring that already released early access modules reach completion and stay fully functional through continued platform updates.

RAZBAM is also not the only developer to have a module in a prolonged period of early access nor one where persistent bugs have caused owners of the modules to grow frustrated. Even Heatblur, the current darling of the DCS third party developers, has seen their AJS-37 Viggen go through some occasionally significant bugs and had missing features for prolonged periods of time.

The issues being experienced by users are legitimate and can be problematic for enjoyment of the modules being discussed. Still, all but a few of these bugs prevented the modules from being used and, in those rare cases, RAZBAM has been quick to correct.

What is a developer to do? 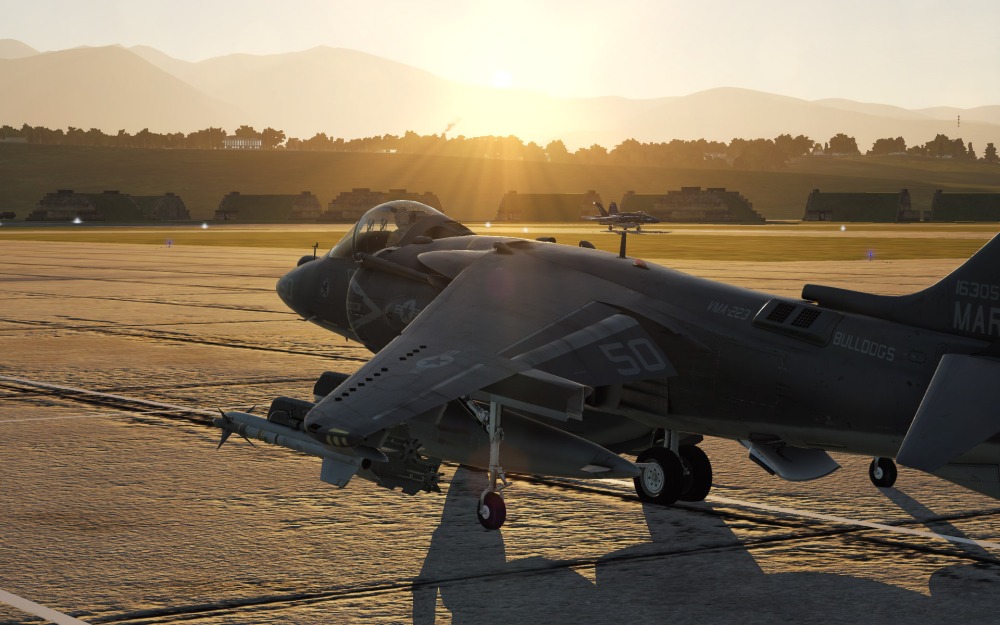 Developers need to learn from Eagle Dynamic recently much improved communication by providing consistent updates on current modules in players hands making sure that concerns are heard, that the community is interacted with positively, and that those concerns are then legitimately dealt with.

The community needs to see that the module they already paid for is going to be completed and that it will be feature complete at the end of the process. A great many are happy and eager to try new early access modules if we can have fun with them but it’d be difficult to find a single person who didn’t ultimately want to see the module they paid for ultimately be finished in a timely manner.

The deteriorating developer relations that culminated in the comments made earlier in the week have certainly not helped the growing frustrating with many users. The actual comment that set off the firestorm may not have been very legitimate but the bad taste left in users mouths certainly is more troublesome. RAZBAM does need to do some crisis communications and both address the situation and ensure that they take control of their own narrative.

Ending on a positive note 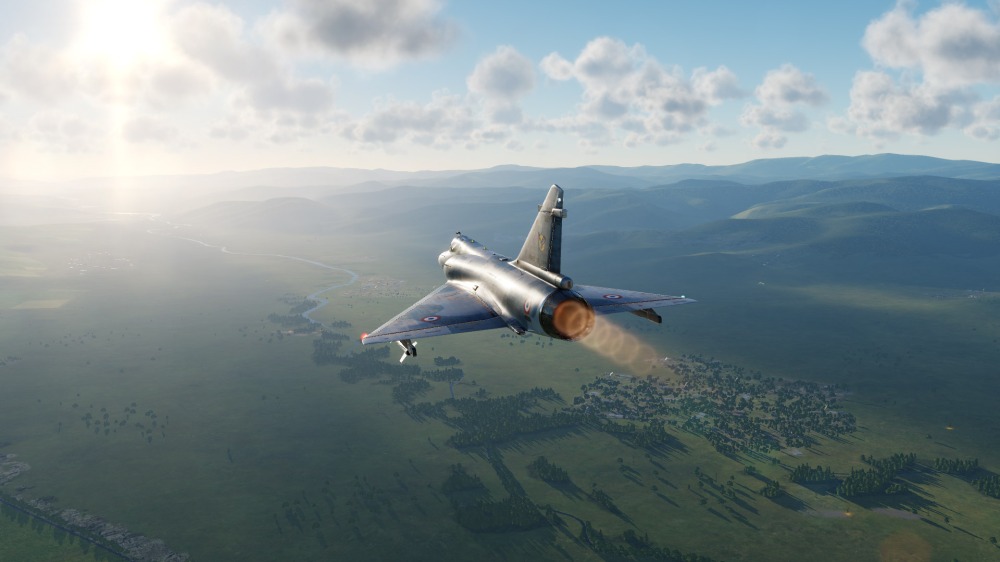 RAZBAM makes some compelling DCS World modules featuring some extremely interesting aircraft. I’ve spent hours in the M-2000C and in the AV-8B and have enjoyed them both. I have experienced bugs, I have been frustrated, but I’ve had a lot of fun too and its important to put things in perspective.

New features are being developed, old problems are being solved, and work appears to be ongoing on multiple projects which suggests what is hopefully a bright future. RAZBAM has worked hard to try and communicate better and have started a monthly series to discuss their work which are great starts. I hope they can find solutions to the current PR issues that they are experiencing and that much more positive news is coming in the future. As an optimistic realist, I continue to hope for these things.