Rumblings through the DCS community have continued for some time about the state of RAZBAM’s M2000c module. Some have complained about unfinished features while others have praised the module. RAZBAM has been listening and doing something very interesting – securing an, to my knowledge, unprecedented level of access to the Armée de l’Air Française’s Escadron de chasse 2/5 “Ile de France.” 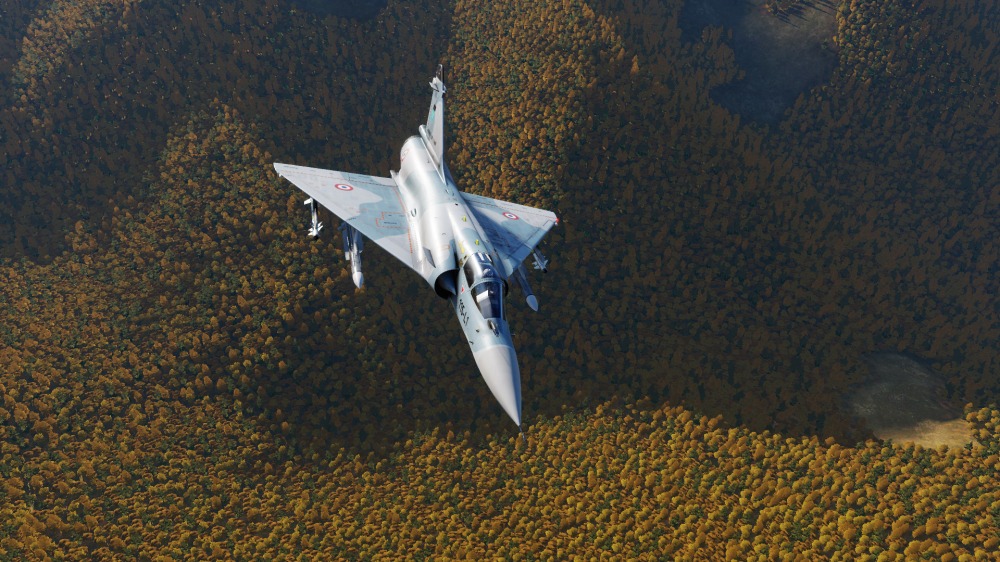 Escadron de chasse 2/5 “Ile de France” still flies the Mirage 2000C and 2000D in active service making them the best source for information on how the Mirage 2000C flies and operates. RAZBAM has been actively working to make connections with Armée de l’Air and specifically this squadron. They have succeeded too!

That work behind the scenes has been going on for a while and now we have dual statements on the matter. The first one appeared on RAZBAM’s Facebook page:

RAZBAM Simulations M2000c development team has always been aware about some of the community complaints about the DCS module not being complete or buggy, and the apparent “abandonment” of the product from us.

Well, we can finally make a public statement regarding this iconic aircraft in DCSW:
The Armée de l’Air Française’s Escadron de chasse 2/5 “Ile de France” has been reviewing the module and agreed with us to help in getting it as close as possible to the real aircraft within the realm of what can be made public.

Escadron de chasse 2/5 “Ile de France”‘s pilots have flown the DCS module and while they are quite surprised about the accuracy of it, they have pointed out some issues that need to be corrected, curiously enough, most of them have nothing to do with public complains.

This collaboration has been running from some time, but it’s just now that we received clearance by the Armée de l’Air Française to make public such participation.As more authorization to reveal information on this mutual participation is given, more info will be posted.

And then we had a follow up statement on the ED forums:

While it has been recieved by some with a justified skepticism, This is not something that has just happened, this has been in the works behind the scenes with reviews from the French Air force, approvals from Generals, Commanders, and Captains of various squadrons on multiple bases expanding future aircraft.

As of right now we will have full base access, access to active pilots flying the aircraft every week, access to simulators, equipment and documentation that can be shared to public knowledge under the Armée de l’Air Française strict and severe information disclosure policy. These are aircraft that are in active service, information is VERY sensitive to all parties involved. Reason why it’s taking this long to fix and or enhance our DCS module.

In the next month we will post videos, pictures of our initial base visits, and other information as our partnership expands. This is a real and absolutely incredible task we have worked hard to give you DCS pilots the best and most authentic aircraft possible.

A detailed simulation of the 2000C is difficult with the high degree of sensitivity that remains around active service aircraft but it looks like a positive and working partnership will let RAZBAM improve the module further without running afoul of anything too sensitive.

Despite the criticism that exists, many in the DCS community hold the M2000C module in high regard. It’s my favourite DCS module and the aircraft that I’m mostly likely to hop into for a quick mission. I’m still learning many of the systems but I’m getting good at start-up, weapons and sensor handling. More importantly, I find the 2000C to be incredibly fun to fly. RAZBAM has done a great job with this module but it sounds like they will be doing even more.

If RAZBAM’s new partnership results in an even more accurate module, all the better.

In all of this, there was one other little tidbit of information that came out which I think can be looked at with extremely cautious optimism. A question posted on Facebook asked:

the world is full of surprises..

Is this RAZBAM just waxing poetic? Or is it a hint that other variations of the Mirage 2000 are now possible thanks to their new partnership? Would these variations be entirely different aircraft from the 2000C or included as part of the package?

It’s really hard to know what is going to happen here as there are many more questions than we have answers.