News continues to come out of Eagle Dynamics on the DCS: F/A-18C Hornet as we get a look at a Blue Angels skin, the visual representation of the pilot in the cockpit, and a new academic tutorial on the Waypoint Navigation system.

Episode number 7 in the Hornet academic series being done by Matt Wagner focuses on the waypoint navigation systems in the Hornet. This builds on episode #5 which focused on ADF and TACAN systems. If you’re buying the Hornet module or have already pre-ordered then this will undoubtedly prove useful.

DCS and Eagle Dynamics have tended to make an extra effort to showcase some of the skins of military demonstration teams and that has not stopped with the DCS: F/A-18C Hornet. The US Navy aerobatics team, the Blue Angels, get the full skin treatment here.

Though not shown in the screenshots, an option to remove the weapons pylons so as to clean up the aircraft for aerobatics displays will definitely be one of the features to come – if not in Early Access then later for sure. Remember, when ED does something like remove the weapon pylons, they make sure that it has all of the appropriate effects in the simulation. 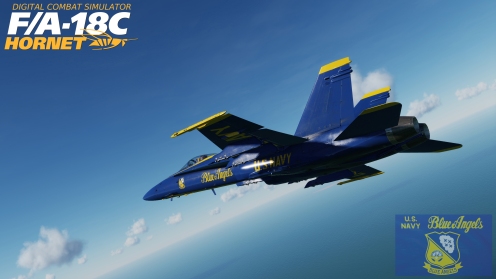 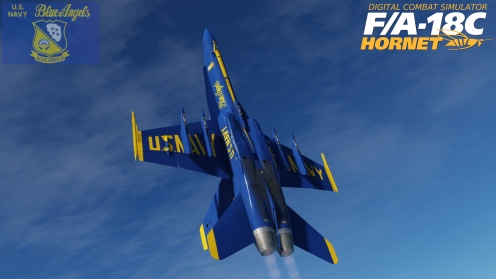 Pilot in the cockpit

Another mini-update focused on the pilot model in the cockpit which has now been added. In some sims there are no pilot models but for DCS they definitely have an option to make the pilot’s body visible. This is an option so you can hide the joystick and/or the pilot’s body with the press of a button.

These updates and others can be found in the ED Forums and on their Facebook page.