Tom Cruise, who needs no introduction as Maverick in the 1986 hit movie Top Gun, teased the long awaited sequel today with a post on Instagram featuring his helmet from the original movie with a F/A-18F Super Hornet in the background. Flight sim enthusiasts reacted across multiple communities with nearly unanimous excitement!

It’s official that this movie is finally happening! There had been many rumours over the years but this is officially official as the image was produced by Paramount’s marketing department and the post was no doubt part of the early marketing for the movie.

Not too much else is known about the movie, the plot, or if the F/A-18F is the star of the show or what other aircraft or situations would be a part of the movie. All I can hope for is as realistic and accurate a depiction as is possible in Hollywood of a modern combat pilot and what life is like for a pilot in the US Navy’s Fighter Weapons School.

There was, as with any movie making exercise, some high drama with various exchanges on Twitter and elsewhere including between the US Navy and US Air Force. There’s also more than a few analysts and websites reporting on a possible snubbing of the F-35C for the F/A-18F. I’ll reiterate that we know almost nothing about the plot but if you want two good sources of information about the buzz around the new movie, visit this article from The War Zone and this one from The Aviationist for some enthusiast level details. 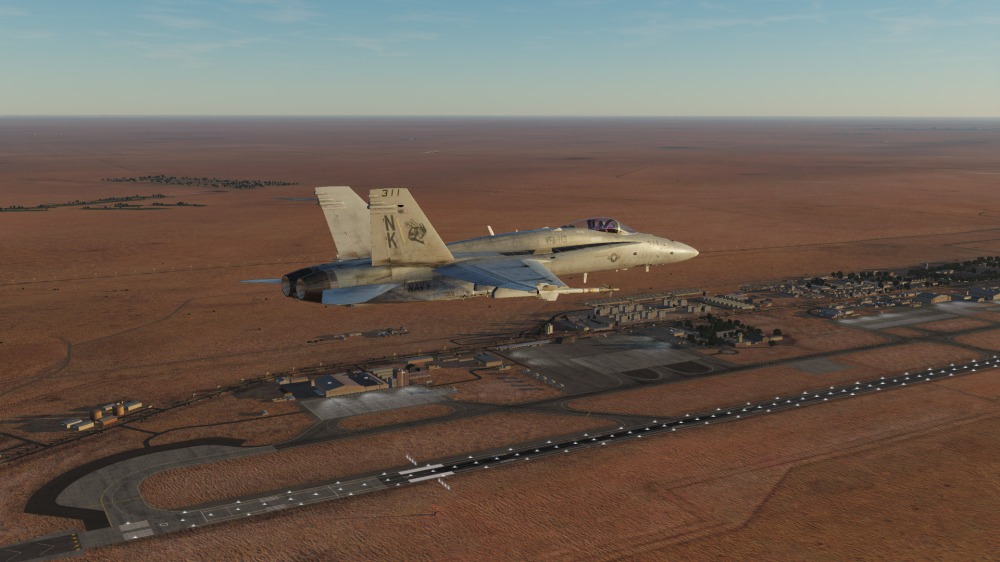 This is all really good timing for flight sim fans, particularly of the Hornet, as DCS: F/A-18C Hornet officially became available yesterday.

Although the Lot 20 F/A-18C is older than the most recent F/A-18F Super Hornet, its close enough that fans of the Hornet, fans of flight sims, and fans of military aviation in general will probably enjoy the added buzz (although I’m sure it will be ignored by the wider community).

So we’ve got a new jet to fly in the sim world and a new movie to look forward to in general. Seems like a good week!