Be it a single player mission or taking to the skies in a multiplayer scenario, sometimes you are going to fly an aircraft that doesn’t have the top level of performance available. Far from a waste, these aircraft can be fun too!

With a historical simulator like IL-2, you are inevitably faced with potentially flying something other than the top aircraft. There are the odd players out there who decide to avoid multiplayer scenarios where they have to do that (leave the server is the common method) but a lot of players will try out the other aircraft.

We know and see a lot about the top options. The Bf109F-4, Yak-1 and others are your top aircraft in the set. Turn the clock back from Stalingrad to the Moscow battle a year earlier and the Bf109 is still king with the F-2 model. The improved later series MiG-3 is no slouch either!

So what I wanted to write about is the underdogs. The types of aircraft that may be great to fly or they may have some troublesome attributes to their performance (historical or otherwise) and yet players still continue to fly them.

Years ago we had a term for it – we called these the “crap planes” and there are many of us out there who relish in the chance to fly them.

In the early 1930s, the I-16 was the most advanced pursuit fighter in the world. It was an impressive piece of engineering that impressed with its performance during the inter-war period. By late 1941 with the Russians desperately fighting to save Moscow from the German advance, the I-16 was obsolete and out of date.

It has a hand crank landing gear system, an open cockpit, its standard armament is a quartet of light machine guns, and it looks squat and stubby next to a sleek Bf109 or Yak. By 1941, it looked a decade old and that was the essential truth.

With its credentials established, I have to say that flying the I-16 in IL-2: Battle of Moscow turned out to be an unexpected joy. An insanely fun aircraft to fly in this simulator, the I-16 is a simple and responsive fighter to fly with just enough speed and hitting power to deal with some enemies and enough agility and an extreme roll rate to quickly reverse the fight in some tight positions.

In online scenarios it is rewarding to fly and it offers a great surprise to pilots who are too quick to dismiss this diminutive little fighter. 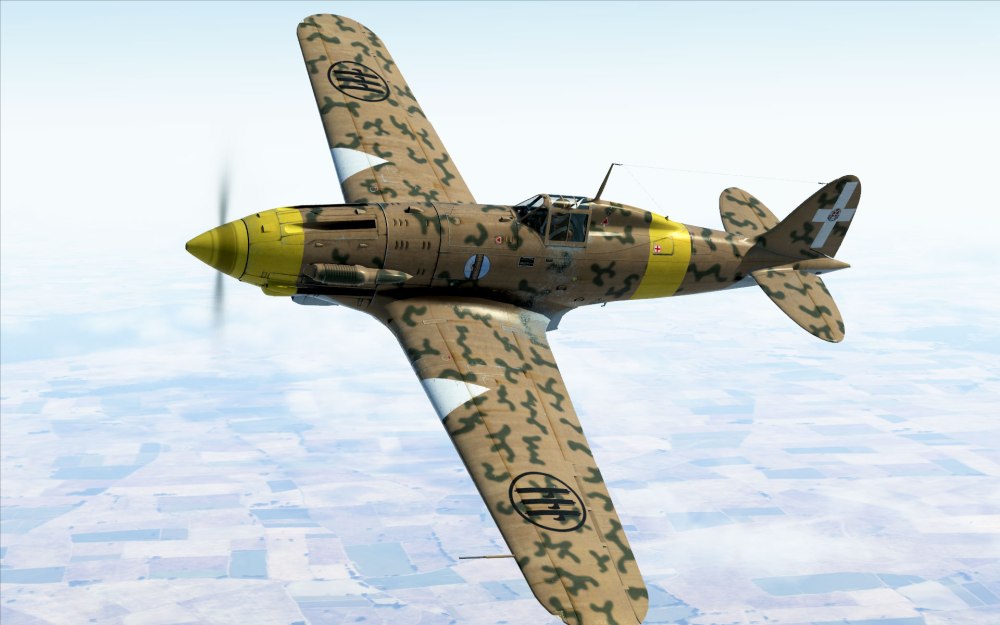 In many ways, the MC.202 doesn’t really belong here. Its a respectable fighter with good speed, good climb, excellent agility, and sleek thoroughbred fighter looks. It even shares an engine with the Bf109! So why on this list?

The Achilles heel of the MC.202 is in its armament. A pair of Breda SAFAT 12.7mm heavy machine guns make up its primary armament. Rather weaker than the Berezin UB or Browning M2, the SAFAT is slower firing with less muzzle velocity and poorer hitting power than any other heavy machine gun mounted in aviation in World War II (to the best of my knowledge). This, needless to say, makes scoring kills more challenging!

It does come with a couple of modifications in the form of wing mounted light machine guns or performance robbing 20mm gunpods. Neither of these are game changers for this fighters firepower deficit.

In every other way, the MC.202 is a real joy to fly. In many ways, it behaves more positively in the air than the Bf109 that it shares an engine with and it just has the look.

Less popular than the ubiquitous Bf109 series in online matches, you occasionally find a player piloting the MC.202 into battle and kudos to them for taking up this relatively weakly armed fighter.

The P-40 is an aircraft that transcends its combat performance and becomes something a little more legendary. It never could match the reputations of its stablemates in the U.S. Army Air Force but it had great looks and rugged appeal.

The P-40 in IL-2 is beset with some serious engine time limitations making high powered dogfights a challenging thing at best. Its heavier weight and control stability make the P-40 feel sluggish at times and underpowered always. Problems in the real life version and here too in the simulator model.

The six .50cal machine guns make short work of bombers, ground targets and fighters alike. While its firepower is excellent, bringing those guns to bear can be a challenge. It could never be called agile but its handling at times is extremely pleasant. Just don’t ask it to do any complex loops and rolls in the same breath.

LaGG-3 Series 29 – Nearly, almost, but never quite there 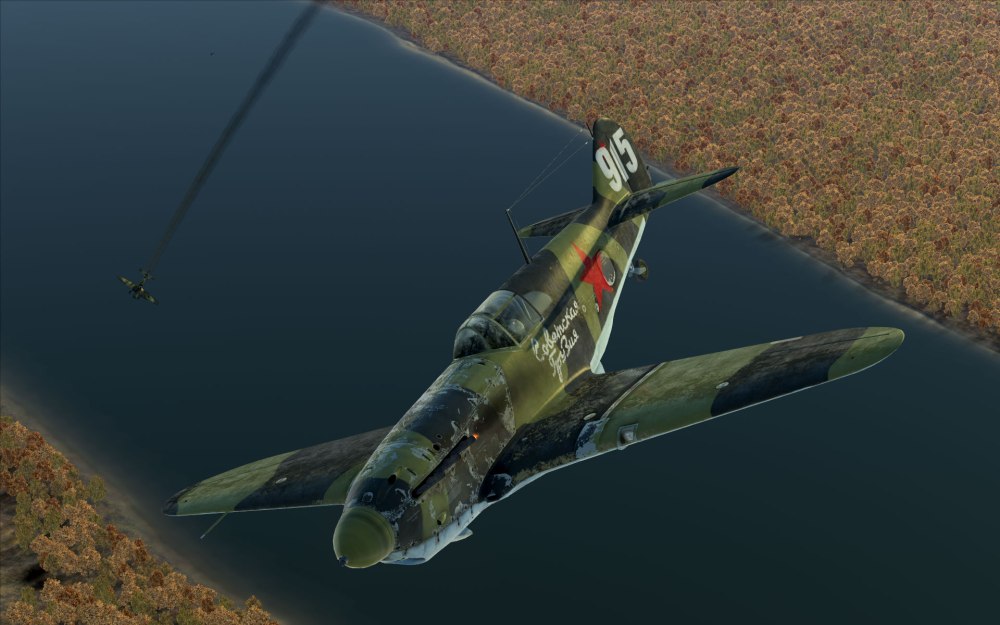 In the original IL-2: Battle of Stalingrad release, there was no fat in the selection of aircraft being made available. With a strict development schedule, Battle of Stalingrad was a tough simulator to make happen and so the developers chose wisely with their aircraft. The LaGG-3 stands out as an essential type but never at the performance level of the other fighters it was up against.

Facing off against the likes of the Bf109F-4 and G-2, the FW190A-3, and a stablemate of the Yak-1 and La-5, the LaGG-3 is the odd man out having no significant performance advantage over any of the other fighters that it is up against in any way. More prone to a nasty stall, heavier and less agile, and unable to keep up with opposing fighters at low or high altitudes, this aircraft earns its “crap plane” moniker reasonably well.

And yet, flying the LaGG-3 recently has shown me that this aircraft is perfectly adequate. A decent view over the nose, devastatingly powerful firepower options (a 23mm or 37mm cannon in the nose), and a responsive set of ailerons mean that the LaGG-3 can be flown to victory with some skill and a little luck.

Always a bit behind but never terrible

Though some will be attracted to the highest performers and the aircraft that net them the most kills, many of us will fly other types of aircraft that aren’t always the best. Though the four aircraft I have singled out are not the best types versus the opposition, they all have charm, appeal, and offer a combat challenge that makes any victory that much sweeter.

I encourage you, give a “crap plane” a try and challenge yourself to fly some of the less popular but no less entertaining aircraft.