Mission builders have been busy creating campaigns for players to work their way through since IL-2 added Scripted Campaigns back into the series in the December patch. Cold Winter is a remake of the Blinding Sun campaign from the original IL-2 and though the presentation is a little rough – the missions themselves are outstanding.

A good variety of missions

Drawing inspiration from the original, Cold Winter has a good variety of mission types. You’ll fly interception, protect an observer aircraft, escort IL-2s and fly a transfer from one home base to another during this 11 mission campaign.

The missions are fairly well laid out and the objectives you need to complete are largely straightforward. There are a few attempts at misdirection to serve the plot. The triggers and mission hints seem to do a pretty good job of telling you what you’re meant to be doing at any given moment so these seem to work fairly well. Samson recommends playing on Normal and I suspect this may be why. I did not try the missions on Expert.

Campaign author Sampson continues to work on the Cold Winter campaign so I have to give some credit up front that some of my critique here will probably change over time.

The biggest issue are with poorly translated mission briefings and in-mission text. It’s not enough to prevent you from figuring out what needs to be done but certainly some English localization would be helpful. Indications are from the forum discussion that such a thing is happening and that should solve that particular problem.

The missions in this campaign range in difficulty – some missions are challenging and I found myself replaying the mission and entering the situations differently to survive. This isn’t so much a criticism as a warning. You will be challenged so make sure you brush up on flying the MiG-3 before you get started. It will help a lot! 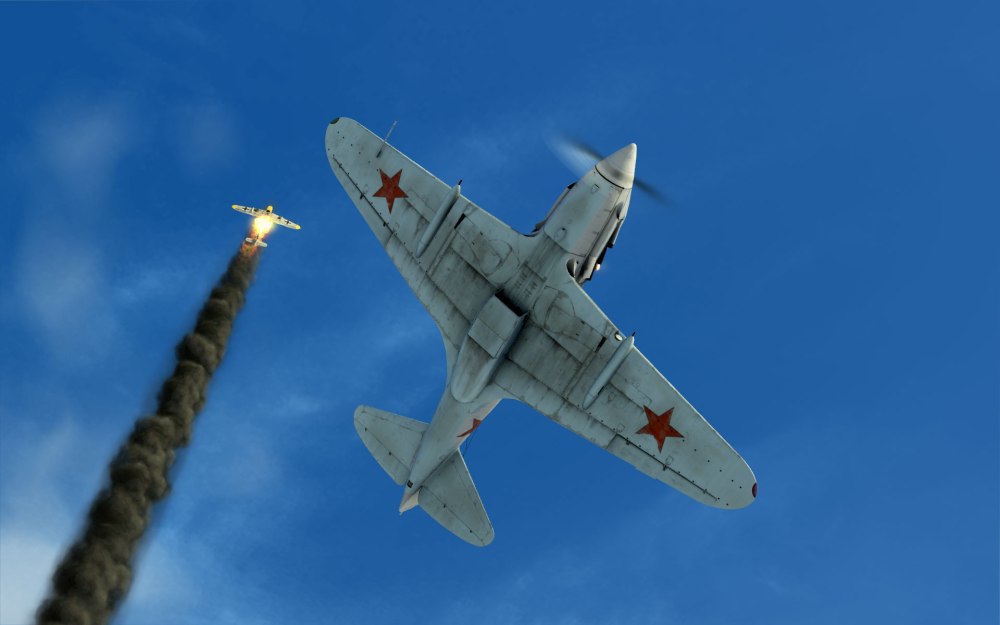 The beautiful (but challenging) MiG-3

Though I never really appreciated it in the original IL-2 (probably because of its poor 3D model quality), the MiG-3 in Battle of Moscow is a work of art and this campaign really let me appreciate it in ways that I hadn’t previously.

The missions have your MiG-3 mostly equipped (by default – you can change this though I elected to not) with the underwing machine gun pods. This was a feature of the original campaign that largely added to the difficulty though the extra firepower was occasionally useful.

The MiG-3 is largely out of its element having been designed and equipped to fight at higher altitudes. At lower altitudes its still capable and relatively fast but not as fast as the Bf109F that its fighting against. Getting your guns on an enemy is a combination of skill, luck, and sound tactics.

One thing that Cold Winter did really well, and it wasn’t something I was expecting, was atmosphere. The briefings, though having their translation difficulties, set the desperate mood of the Battle of Moscow. There’s a story behind every mission and it determines how you feel approaching each mission. It’s a great bit of narrative that goes a long way to making a fairly clinical flight simulator experience into something more.

Another nice feature is the end of mission summary. This is told in messages that appear on the screen after you have landed and are taxing into the parking area at your airfield. Each summary is customized based on the mission you just flew and it includes things like if your wingmates are still alive and the status of other aircraft that you were meant to protect.

And that’s not all. While you’re watching the summary… there is music! Some (relatively) period appropriate Soviet marching band type music. Some of them are pretty catchy and they fit the scenario so brilliantly it improves the whole experience. Really clever and well done!

A major dogfight breaks out

Flying cover for this Pe-2 bomber 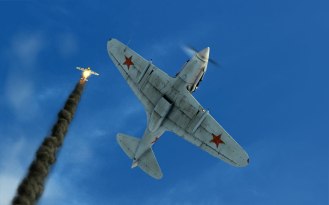 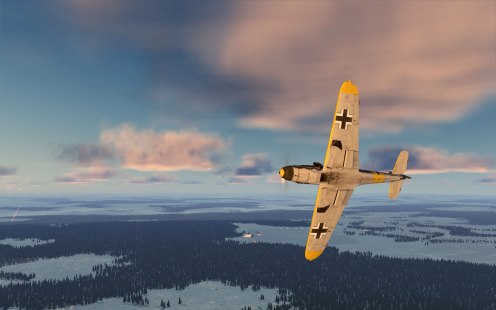 A gorgeous aircraft in my opinion

Flying cover for some friendlies taking off 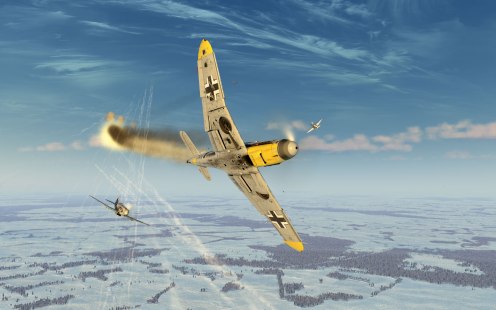 Scored another victory over this Bf109F

Shooting the enemy on the ground!

MiG-3s line up for takeoff in the first mission

Flying in a mixed formation of MiG-3 and I-16

My after action report

The campaign took me nearly 4 hours of flight time with a few repeated missions and the odd loss of aircraft. Mostly I was able to fight and bring my MiG-3 home and I managed to score a good number of kills while doing it.

Though there are a few rough parts that I touched on earlier, that shouldn’t stop you from trying this campaign out. This is a worthy remake of the original Blinding Sun campaign that I enjoyed so much. If you like flying the MiG-3 then this campaign is a logical choice. The missions are fun, varied, and take advantage of some of the mission features of the new IL-2 that we just didn’t have in the original. In some ways ways this campaign surpasses that of the original.

My advice? Download this campaign and get going right now!