I missed out on the heydays of Rise of Flight. I bought in within the last year and when I did I realized just how much I was missing out on. The earlier World War I aircraft weren’t originally a draw for me but they have become more interesting to me over time and now I love flying them. But what really strikes me, playing Rise of Flight, is just how ahead of its its time this sim was.

Early adopter of the digital storefront

Rise of Flight took a whole different approach to making a flight sim available. You needed an online account that you signed in on. Rise of Flight tied everything in to your account so that everything you owned was unlocked via your account. It’s something that IL-2: Battle of Stalingrad borrowed later on (they are from the same developers after all) and DCS only just now is finishing their transition to that model.

On Steam, aircraft are still sold in DLC packages while on the official website you can buy whatever aircraft you wanted. This wasn’t the original scheme but it was something that Rise of Flight switched to early in its existence.

Out of 40+ available types, Rise of Flight let you buy just one or a whole bunch. Those buying a large number were rewarded with volume discounts.

These days its not that radical but back when Rise of Flight came out this was still new. The developers took a lot of flak for this model too. A community notoriously difficult at accepting a fundamental change like this had a lot of trouble with it and it kept some people away at the beginning. Now, many games use this model and its become accepted around the industry.

This was well ahead of IL-2: 1946. DCS had released DCS: Black Shark the year before Rise of Flight came out and that was also fairly sophisticated. Of course that series continues to grow now but at the time these two combat flight sims were offering some seriously advanced modeling.

Check out this promotional video that was put together around the time that it came out to get a sense of what they were already doing. Now imagine that things have progressed since then!

Rise of Flight had full forests populated with individual trees. Trees that you could collide with and a large scale landscape that only became more complex with the channel map that was released a couple of years later.

Neither DCS nor IL-2: 1946 had the same capability at the time. In the original IL-2, forests were made of overlapping textures approximating a lot of trees. There were individual tree objects too but only a few of them could you crash into. DCS had the trees but you couldn’t crash into them and there were limits to how many the engine could handle at once. The situation is different in 2018 but we have to remember that Rise of Flight released in 2009 and already had most of these features enabled from the start.

Much like its successor, Rise of Flight also had some good looking maps for the time and the objects to match. Detailed cities, grass at low levels, and a variety of WWI era vehicles, trains and the like were all there to help make you feel part of the sim world.

Rise of Flight still has an edge over IL-2: Great Battles and arguably an edge over at least some of what DCS has to offer from the single and multiplayer gameplay perspectives.

It took time to develop and in the early days Rise of Flight had scripted missions and campaigns along with multiplayer and quick battles. Later a Career system was added much as it is currently being added to IL-2: Great Battles.

Complex scripted missions for both multiplayer and single-player are all possible doing things that IL-2: 1946 certainly couldn’t.

A retrospective and a look ahead

In looking back at Rise of Flight I see an extremely well polished sim that offered and still offers players a really great World War I flying experience. The content and gameplay offered is similar and in many ways more expansive than what either IL-2 or DCS are offering and its doing it with a simulator engine that is just now only really starting to show its age.

Despite that, Rise of Flight has seriously impressed me. The more I’ve played it, the more I’ve recognized what it is and what it represented. It also helps show what great world the 1CGS and 777 Studios team can do together for the future.

And that’s a nice segue to talk about the future. Rise of Flight as we know it has reached the end of its life in terms of regular updates. While the community is still active there are now fewer players and for a while there was a sense that 1CGS had moved on completely.

That changed in the fall of 2017 when 1CGS and 777 Studios announced their next phase of development. A three pronged product offensive that involved both their own studio and some third party developers to create three titles: IL-2: Battle of Bodenplatte, Tank Crew: Battle at Prokhorovka, and Flying Circus Vol 1.

Flying Circus is the spiritual successor to Rise of Flight bringing the content of that series into the modern IL-2 newly renamed ‘Digital Warfare Engine’ and linking all three new titles together with the already released IL-2: Battle of Stalingrad and IL-2: Battle of Moscow.

Offering up some of the most popular Rise of Flight aircraft on a mid sized western front map and bringing the old aircraft models up to the latest standards is something to be excited for. Inheriting the already developed VR support for the series is a dream come true for many Rise of Flight players.

The future is bright for fans of WWI aviation. Rise of Flight broke considerable ground and was truly ahead of its time – but its time has come and Flying Circus will slowly take its place. Vol 1 offers up 1917 and 1918 aircraft but if successful there’s great hopes for a Vol 2 and maybe more! 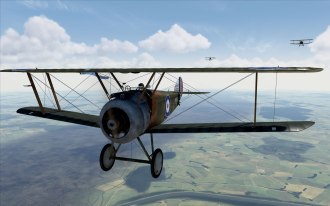 A Camel flying near the front 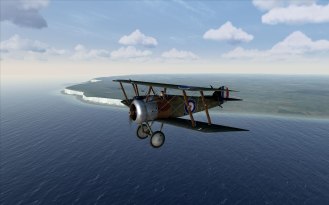 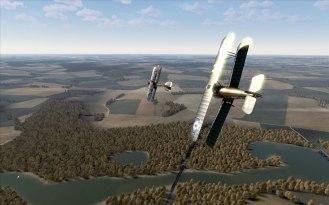 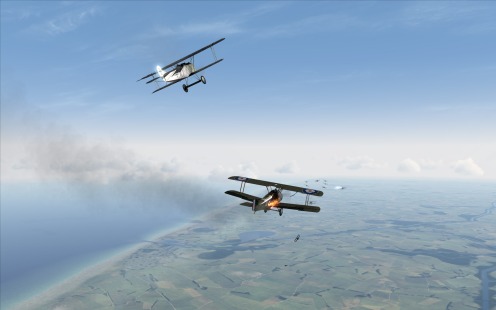 Fokker D.VII scores a kill on a Sopwith Camel 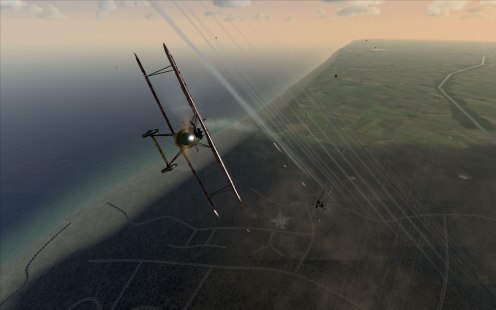 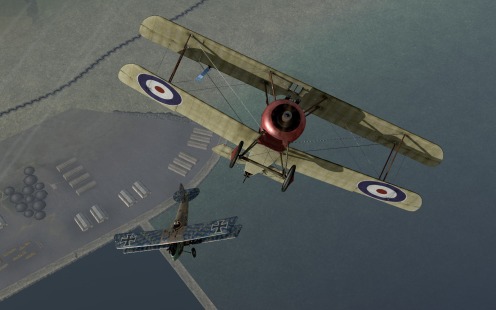 Camel pulls off from an attack (Rise of Flight) 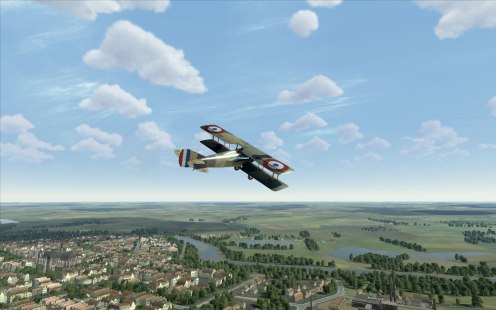 Spad XIII over a French village 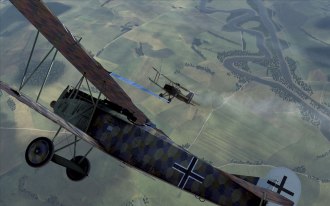 Fokker D.VIIF scores a kill on a SE5a 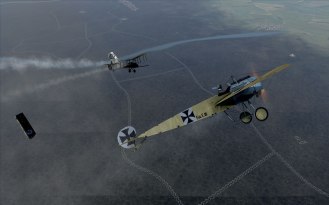 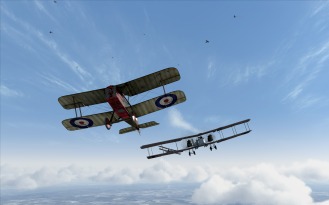 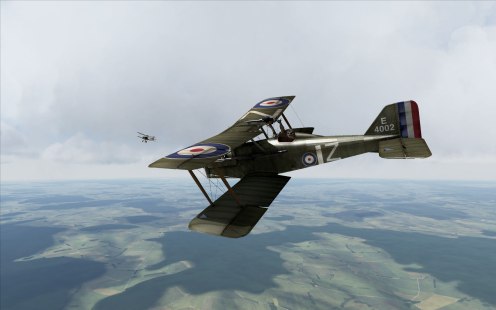 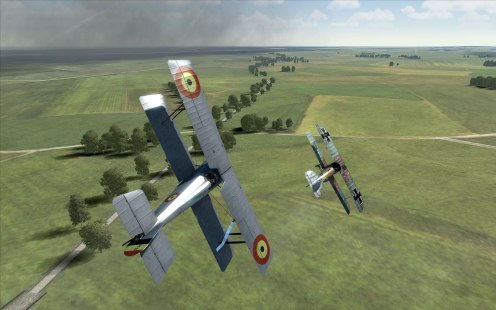 An HD.1 dogfights over the front! 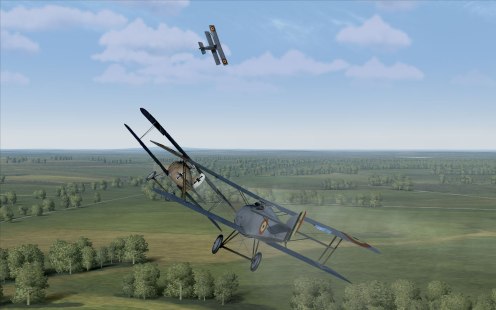 Hanriot HD.I versus a D.III over France (Rise of Flight) 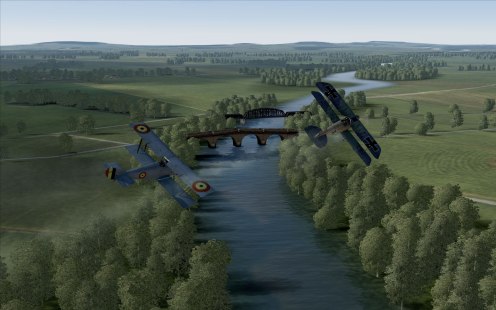 Dogfight over the river 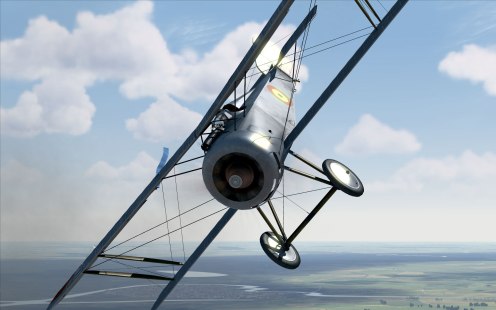 The Hanriot HD.1 close up 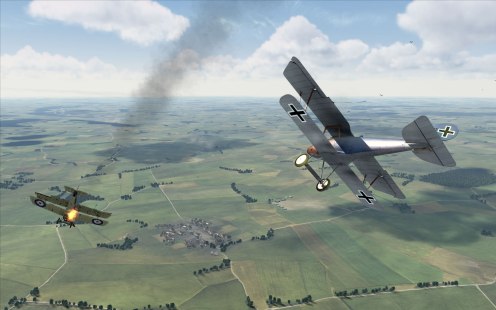 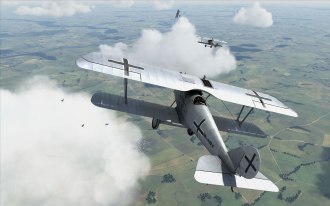 Pfalz D.III entering into a fight 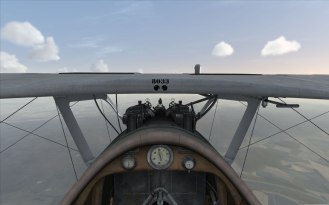 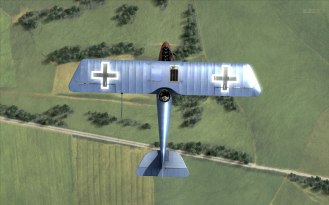