Eagle Dynamics has not been content with the current size of the Persian Gulf map and has expanded the map northwards. This was covered in a recent update but that change is now going live in a new update coming soon to players.

The Persian Gulf map has so far been centered around the Strait of Hormuz, however, it now expands further north enabling some large scale flight operations away from the Gulf and into some of the most rugged terrain in Iran. 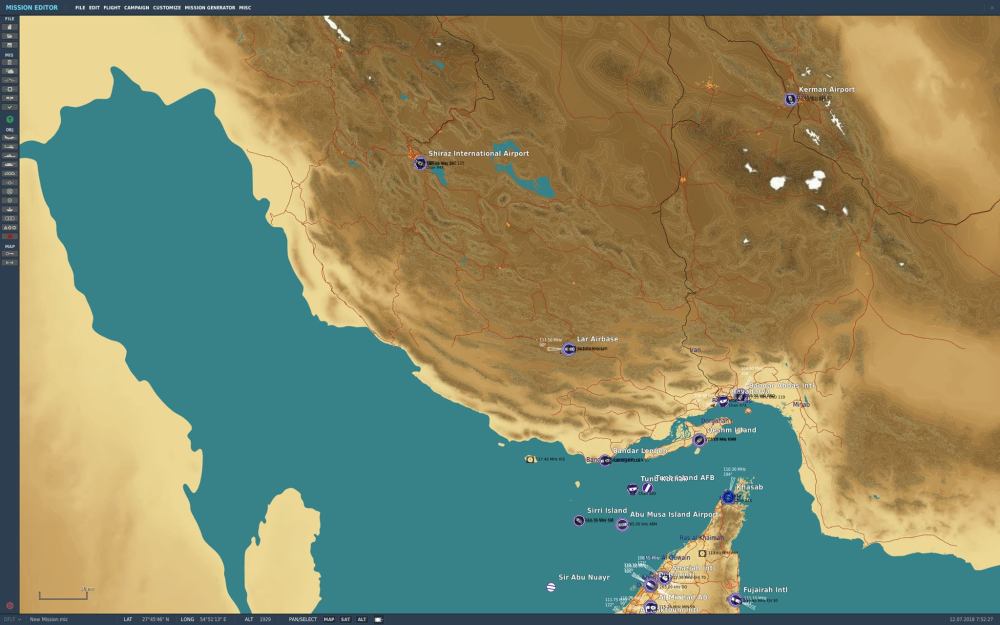 In an update posted to Facebook, Eagle Dynamics detailed the new locales:

Here is a look at the expanded area into Iran. Not only does this include the new airbases of Shiraz and Kerman, but it also includes expanded road and rail network, increased mesh and texture resolution in the expanded area, many new towns and cities, and other elements. As you can see, the upate[sic] dramatically increases the size of this map.

This update is currently in external testing.

We are now moving on to add some additional airfields and landmarks in the UAE.

You’ll now be able to fly from bases in the UAE up much further north in Iran than before. The flipside is that there are now new airbases to launch from and fly missions to the south. Greater distances mean more mission complexity and plenty of in flight refueling operations.

The big question on players minds has now turned to Qatar and Bahrain. And the answer was fairly quick:

From the very start, the scope of the map was made clear. Additionally, to add further areas would both increase the price of the map and make the map unplayable on most customer’s computers (would take too much systems RAM).

There was a little confusion as to how far West Eagle Dynamics would be taking this map but that seems to have been cleared up. For now, at least, DCS: Persian Gulf will not be expanding further to cover those areas. That doesn’t mean that development is over and the team is refocused again in the south on additional airfields and landmarks in the UAE as mentioned in the update.

Look for these updates to hit Beta soon and Stable a few weeks after that.