Since 2001, PC flight sim pilots have been drawn to the IL-2 series thanks to its authentic yet still accessible take on WWII air combat simulation. The series has prided itself on having some of the best and most authentic WWII air combat available and the latest releases are indicative of that legacy. For new players jumping in, however, the whole history can be a bit confusing and that can make choosing the right title to buy a bit challenging.

Before I get to recommendations, let’s do a short history of the series and look at what has been released and what is yet to come. Jump to “My recommendation” at the end of the article if you want to jump straight to my buying advice.

A short history of the series

1C and Ubisoft released IL-2: Sturmovik in 2001 with the series original creator, Oleg Maddox and Maddox Games, at the helm of what would become a series that spawned more than a decade worth of new content spanning most of World War II and covering over 100 aircraft. The follow up IL-2: Forgotten Battles, Pacific Fighters, and ultimately the IL-2: 1946 compilation pack would ensure that the series had and continues to have a strong legacy.

By the late 2000s, the original series engine was looking dated and a new generation title was developed. That would spend several years in development and ultimately released as the Battle of Britain themed IL-2: Cliffs of Dover. The title suffered from significant technical issues and never achieved the momentum that the original series enjoyed.

IL-2: Cliffs of Dover was eventually abandoned by the original developer although a MOD team called Team Fusion would eventually fill in the gaps and in 2018 has become recognized as an official caretaker and developer in their own right. The series remains focused on Battle of Britain although future additions may take the series to North Africa.

Meanwhile, a new flight simulator was taking shape and in 2009 Rise of Flight released into the PC flight sim market. This WWI focused sim would, after several years and a change in their selling model, would go on to see some success and become a respected title in its own right. Eventually development on Rise of Flight ended and the team combined with elements of the original IL-2 team and elements of another successful flight sim. They would go on to form 1C Game Studios and the new generation of the IL-2: Great Battles Series would begin. 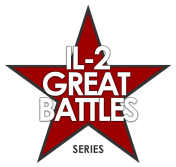 The third generation of IL-2 series had an initial rough start in 2013, however, it has gone on to success and has released three titles so far with an additional three titles currently in development. The series has been upgraded over time to incorporate DirectX11 graphics technologies, full VR support through Steam VR, and has incorporated a host of additional add-ons.

The three titles released in the series are:

These three Eastern Front World War II themed titles span the first three years of the conflict in the East covering Moscow in 1941 and early 1942, Stalingrad in late 1942 and early 1943 and Kuban spanning most of 1943.

The title enjoys what is called a “single client model” which means that you can buy any piece of the series and still be connected with the latest development. Buying the first title released in the series doesn’t mean that you get an old product – on the contrary you’ll have access to the very latest updates and enjoy the benefits of multiple years of development with the latest graphics, features, etc. Multiplayer is also fully compatible no matter which title you own although some multiplayer scenarios may not incorporate the aircraft that you own.

Development on the series continues and 1C Game Studios is focused on three new titles in development for the series that will expand its scope considerably. These three titles are in Early Access which means that they are currently under development and only a small handful of planned content has been released.

IL-2: Battle of Bodenplatte is a Western Front 1944 and 1945 focused title spanning the late September 1944 to early March 1945 and incorporates a great many iconic British, American and late war German types.

Development is also underway on Flying Circus Vol 1 which is a return to the World War I theme from Rise of Flight and features remastered aircraft models and textures from the original series. Vol 1 features a Western Front spring 1918 aircraft set but the series will hopefully see follow up volumes that expand the air war to other times and scenarios.

The ground war is also expanding with Tank Crew – Clash at Prokhorovka. Tank Crew is a multi-crew tank simulator featuring famous tanks such as the Tiger, T-34, and M-4 Sherman. The initial offering of the series is focused on the mammoth tank battles of Kursk in 1943, however, the series will likely expand as time goes on.

The series is also slated to make the jump to the Pacific with a Battle of Midway themed title. Development on this may start as early as late next year although we don’t know for sure what the plans are at this time.

If you’re just getting started and are wanting to jump into the IL-2 series and its fantastic World War II themed air combat but are a bit overwhelmed, this is my suggestion to you.

The best title to start into the series with is still IL-2: Battle of Stalingrad. Battle of Stalingrad may have released in 2014 but because of 1CGS single client approach that I explained earlier, you’ll have the latest upgrades, updates, and still be fully compatible with the entire series’ multiplayer.

Battle of Stalingrad’s eight standard and two Collector Planes are also a good blend of Eastern Front types that can sometimes fit into earlier multiplayer scenarios from Battle of Moscow and into the later scenarios featuring Battle of Kuban so it ensures that you have maximum multiplayer compatibility from the start.

Battle of Stalingrad also see’s the deepest discounts during sales of the series. We’ve seen IL-2: Battle of Stalingrad go on sale for as much as 50% or even 66% off the normal price which makes it a great entry point into the series. If you’re not sure about the series and are unwilling to go in at the full price, these deep discounts hopefully will tip you over the edge into trying this series out.

That’s my recommendation but you don’t necessarily have to follow my advice either. You can do almost anything you want with this series and IL-2: Battle of Moscow and Il-2 Battle of Kuban are both excellent content packages too. If you end up liking the series, I highly recommend both for their excellent aircraft and maps to fly over.

If you buy from the IL-2 website and directly from 1C Game Studios, you’ll be able to buy any title in the series (including the three titles in Early Access). Because of the way that the Steam Store works, you must buy IL-2: Battle of Stalingrad first. I also strongly recommend not buying from any other sources outside of the IL-2 website store or the Steam Store. If buying from the Steam Store is important to you later on down the line, make sure you start by purchasing IL-2: Battle of Stalingrad first.

Many new players get confused about all the aircraft/vehicles that are available with each title. There are quite a lot of them now! I am including a list of everything included in the series for completeness sake in this buyer’s guide. I recommend checking out my Aircraft Gazetteer for more individual aircraft information as well.

The following aircraft are not available in any of the Premium version of the other packages and must be purchased separately: