Priced at $9.99 the Blazing Steppe campaign is not what we would call free. So is it worth it like its predecessor? Ten Days of Autumn was an excellent experience and I was curious if Black Six, the campaign author, was able to top it.

Summer on the steppes

A steppe is a geographical region typically dominated by open grasslands with few trees. The tress you do see are usually concentrated near sources of water. Steppes dominate significant portions of Asia and Europe as well as other places on the planet and here in the Stalingrad region they are on full display.

I don’t think I fully appreciated how arid the Stalingrad region was until I started flying on the summer version of this map. It was during this campaign that I was better able to develop a full appreciation for the work done on the summer edition of the map having spent far more time on the autumn and winter versions previously.

The story behind the missions

The first mission lets you get a good sense of the Stalingrad map and just how big and open the spaces are. Settling into your new airfield the story picks up with well written briefings from the first person point of view. These are just as good as the briefings that came with Ten Days of Autumn. They give you that personalized view of the battle being fought all around you and it makes you feel a part of the action.

You also get a sense of the futility that many must have felt during a battle such as this. With Stalingrad in ruins due to a massive bombing campaign and the Soviet fighter outfits still in disarray you arrive into a desperate situation that becomes even more desperate. Right to the end of the campaign.

The 11th IAP has you flying the excellent Yak-1 Series 69 fighter. It’s a superb aircraft and easily one of the best in the series. At low altitudes you can match the Bf109F-4s and G-2s in most respects and you can out turn them all. Still, it has its quirks which you’ll get to know over time but it is easy to fly and its the ideal weapon for the difficult missions ahead.

These missions are a challenge

Blazing Steppes missions are challenging and offer some surprising twists and turns. While Ten Days of Autumn always gave me a sense of confidence, despite the tough situation on the ground, I felt like my well trained squadron was capable of taking on all of the difficult situations. Rarely did I repeat a mission in that campaign. By contrast, Blazing Steppe is much more challenging at times.

Being a more challenging campaign isn’t necessarily a knock against the campaign or the mission design. Blazing Steppe has challenging missions but no mission is truly impossible and at no times are the odds completely against you. You do need to think carefully about your strategy and your tactics.

Your AI wingmen don’t seem to be super reliable in this campaign – maybe they are rookies or there are some AI bugs that are cropping up. I wouldn’t necessarily count on your friends to get you out of a tense situation though they are always there and they are helping.

In one mission I found myself replaying a few times to try and survive. Interestingly is the mission design and the AI interactions change the experience a little bit each time.

The AI doesn’t do exactly the same thing so there’s an element of chaos to the whole mission when it gets set in motion. Though missions do tend to play out in the same way generally, they don’t always. Sometimes that flight of fighters you encountered in a dogfight with other aircraft the first time through have already been dispatched when you arrive on scene during the second play-through.

Missions are varied in role (sweeps, escorts, recon, etc.) although you do feel like you’re doing the same basic thing over and over again – fly a mission to Stalingrad and intercept the enemy or protect your own friendly attack aircraft. This goes with the history of the situation so again I can only find a little fault here.

Rarely do the missions feel remotely the same despite their initial appearances. The same basic setup sometimes lulls you into a false sense of security thinking you know whats going to happen next. But you don’t. The missions never let you rest for too long before a new twist will be thrown your way.

Part of a wider battle

The genius of Black Six’s mission design is that you always feel a part of a wider battle. Not only are there aircraft out on missions with you, but there are also aircraft out on their own missions.

You’ll find yourself frequently flying near or over Stalingrad and the Volga river and there you’ll spot other Yaks, IL-2s, I-16s, and La-5s all flying their own missions. The enemy too has their own set of missions. Not only will you be up against fighter patrols targeting you but there are also level bombers, attack planes and dive bombers performing missions of their own.

All of this plus adequate ground activity gives the player a sense that there is a lot happening and it doesn’t all revolve around you. That bomber flight you can’t intercept because you’re busy protecting IL-2s while they hit enemy artillery positions. The mass air battle 20 kilometers away off your port wing looks tempting to get involved with but you have another mission to fly.

You can change your experience quite a lot by trying to do everything happening on the side but the realism and the reality here is that you just can’t.

The question I asked the last time I reviewed Ten Days of Autumn was simple: Are these campaigns worth the money? The answer I give here is the same that I gave before.

If you like single player experiences and you want to fly quality hand-crafted missions that have that personal touch then absolutely. Spending the $9.99 is an acceptable price to keep the developers developing and to enjoy some top notch mission design.

This is the secret sauce for the IL-2 series single player experience. Here you have a batch of quality missions that are enjoyable, interesting, varied and keep you guessing. These missions really keep you on your toes and they provide an experience when you take it in as a whole. The missions frequently feel cinematic and have a flare for the dramatic at times too. You’ll never really be quite prepared for what comes next.

They are difficult missions and they will stress your Yak-1 piloting skills to the max but I never shied away from the challenge and you shouldn’t either. This is insanely fun and its what a good single player flight sim experience should be like at the very least. 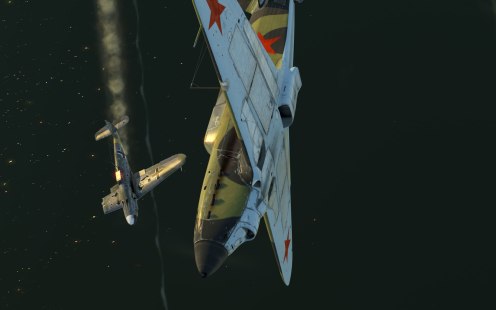 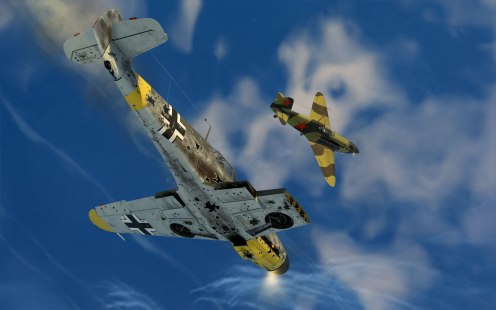 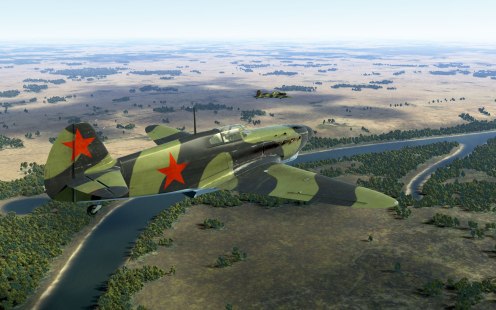 Through the gunsight of a Yak-1

I put together a cinematic using recordings from the Blazing Steppe missions. If you want to see the campaign in action this is a pretty good way.